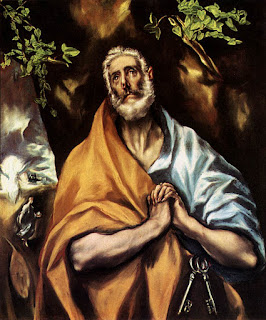 Cold and tired, beaten and disgusted, the Apostle Peter sat in a Roman prison cell with Paul some 2,000 years ago, writing the story of his life and waiting to be executed.  Two millennia later, the autobiography has been found and has just been published.

At  least, that’s the tale spun by author Bill Lazarus.

Call him the finder of lost books.  In his first novel, The Unauthorized Biography of Nostradamus, he supposedly recovered the biography of the great seer, a book misplaced for 500 years.  In this novel, the subject is Peter, who is thought to have died around 64 C.E.  Lazarus said he has no more “lost” books waiting to be found.  “I only did two novels this way,” the Daytona Beach resident explained.  “Other books are more conventional.”

In reality, there really may be an autobiography of Peter floating around somewhere.

“There actually is a Gospel of Peter,” said Lazarus, who is also a biblical historian who has written several published books on that subject, including Comparative Religion for Dummies.  “Early Church leaders weren’t fond of the book, which survives only in fragments.”

There’s no such trouble with The Last Testament of Simon Peter, which includes an historical introduction explaining how the book was “found” and footnotes in the text as if it truly was an historical document.

“The book is historically accurate,” explained Lazarus, who spent several years gathering information on the era before writing the novel.  “Unfortunately, we don’t know much about Peter.”

Although Peter is the first disciple of Jesus, New Testament includes little information about him, including his hometown, his job as a fisherman and the fact he was married.  Beyond that, Peter appears only in a series of episodes with Jesus or, before the religious council of the day to be reprimanded for his views.  In the Epistles, largely written by Paul, Peter is seen disagreeing with Paul over Jesus’ teaching.

That disagreement serves as the crux of the novel.  Peters says he is writing his account to counter Paul.  However, by the end of the book, having endured beatings and disappointments, Peter reconciles to Paul, realizes that both of them are trying to achieve an understanding of God, but from different directions.  The novel ends with Peter’s heart-rending usage of Paul’s real name, something he had steadfastly refused to do previously.

“There have been a variety of novels with Peter as the main character,” said book reviewer Randall Lancaster of the Revere River (MA) Daily.  “This is the first one that provides an accurate historical context in a dramatic context that is both completely believable and highly entertaining.”

That’s because the text is laced with Lazarus’ usual humor, something that characterizes all of his writing.  For example, Peter meets a would-be, money-hungry mystic named Alexander who is baptizing acolytes in the Jordan River.  Peter gets in line only to be left standing, naked, because, as Alexander notes, he did not pay in advance.  Peter then spends some time in thoughtful contemplation of the deeper meaning of Alexander’s words.

In another anecdote, his bread-baking attempts leave local housewives with aching jaws and angry comments.  Peter’s grandfather’s attempts to explain the intricacies of Jewish religious rules are also achingly funny.

Amid the humor, however, there is great tragedy, including the drowning death of Peter’s older brother and the crucifixion of his father.

“Those events are the reality of that day,” said Lazarus, who teaches courses in writing at Embry-Riddle Aeronautical University and in religious history in the Stetson University’s Continuing Education Department.

Surprisingly, considering Peter’s important in Christianity as the first disciple of Jesus and the man who holds the keys to heaven, Jesus actually plays a small role in the book.

“I was not trying to attack anyone’s belief and felt that any attempt to portray Jesus would offend someone,” Lazarus explained.  “The book places Peter in an historical context, creating a real person instead of a religious icon wandering around with a halo.” 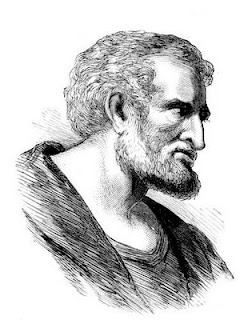 That was Lazarus’ motive in writing the book.  “Biblical characters like Peter and Paul 2,000 years ago didn’t know they were supposed to be saints and were completely unaware that religious people today would hang on their every word,” he said.  “They were simply trying to live as best they could in a tumultuous era filled with war and death.”

“Only someone with the unique background in history, religion and writing could create novel like this,” Lancaster wrote.  “Peter was immortal before.  Now, he has found a voice.”

The Last Testament of Simon Peter
Halifax County
2011
244 pages
$19.95
Available on Amazon.com, www.halifaxcounty.com, Kindle and www.williamplazarus.com
Posted by William P. Lazarus at 4:35 AM