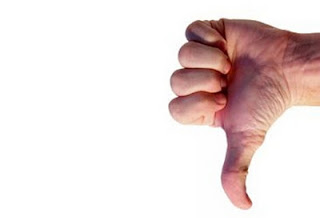 Great idea.  How else will American schoolchildren be dumb enough in the future to vote Republican?

What a sad comedown for Republicans, who, not that long ago, gave this country some of its most brilliant leaders.

The Republican Party was born in the 1850s from the remnants of the Whigs and other groups that had become so fragmented that they no longer had a base.  Founders met in Illinois and had a single-issue platform: end slavery.

This was no Tea Party or Ross Perot’s Reform Party.  The GOP had a real cause and a nationally recognized presidential nominee, famed explorer John Fremont.  He did not win in 1856, losing out to James Buchanan, who would go on to rival George W.  Bush as the worst president in American history.

The Democrats, founded by Thomas Jefferson, had deteriorated to the level that they were nominating nonentities like Buchanan to serve as their standard bearers.  They hadn’t had a significant leader since General Andrew Jackson 30 years earlier, a man of large appetites and strong beliefs who happily upset the political equilibrium.

In 1860, the Republicans chose as their presidential candidate a little-known former congressman who had never run for national office and had lost the 1858 Illinois senatorial campaign.  However, Abraham Lincoln was a gifted speaker whose homespun eloquence struck a chord with voters.  Lincoln also was totally opposed to slavery and had captivated listeners during his series of open-air debates with Stephan A. Douglas, the man who beat Lincoln in the Illinois senatorial election.

Lincoln barely won the 1860 presidential election over Douglas, but his victory precipitated the Civil War.  Southerners believed that the new president would ban slavery and destroy their style of life, and didn’t wait for his inauguration to secede.

After the war, Republicans were led by Ulysses S. Grant, the winning northern general.  His election was a foregone conclusion, like that of Dwight Eisenhower in 1952: successful generals resonate with the American public.  However, he was not particularly politically skilled and was overwhelmed by corruption.  The Republicans then resorted to stealing the election in 1876, giving the party ample training for a similar exercise in 2000 in the Bush-Gore election.  The Democrats had already copied the concept in the 1960 Nixon-Kennedy election.

Finally, in 1896, the Republicans hit on William McKinley, a genial Ohioan who seemed well equipped to lead. He made the U.S. a world power by annexing Hawaii and taking over the Philippines and Cuba.

After his assassination, McKinley was followed by Theodore Roosevelt, one of the greatest American political leaders whose efforts including destroying business monopolies that were strangling the economy, establishing minimum wages, creating the Panama Canal and setting up national parks.  Also, laws regarding child labor and food cleanliness were signed under his watch.

Socialists had vainly advocated for them, but Republicans got them enacted.

In contrast, Democrats were saddled with William Jennings Bryan, who ran for president three times and was so religiously conservative he makes members of today’s religious right seem liberal.

The shift in party positions began slowly. As the dominant party, Republicans grew more conservative. They led the fight against the League of Nations, rejecting the need for global influence and helping guarantee a second world war.  They pushed for controls on immigration.  The first such law appeared in 1924 under Republican Calvin Coolidge.  Republican economic policies, dominated by a laissez faire attitude, helped plunge this country into a depression, a term coined by vilified Republican President Herbert Hoover.

Under Democrat Franklin Roosevelt, the country recovered and grew into a powerhouse that won World War II and then helped rebuild the shattered Axis nations.  Democrats were still dominated by racists, but that changed with the election of John Kennedy in 1960.  His policies, guided into law by his successor Lyndon Johnson, included the Voting Rights Act and guaranteed equal rights for women.

Pushed by the Civil Rights Movement, Democrats became the all-inclusive party of equal rights, a position it still holds.

In contrast, Republicans calcified.  Led by such stalwarts as Richard Nixon and Ronald Reagan, they pushed for less control on business, leading to the financial excesses of the 1980s.  “Big” government was a target.  However, only Kennedy-Johnson, with their War on Poverty, increased the number of Federal employees more than Reagan did in the last 60 years. All other presidents, led by Bill Clinton, reduced the size of government.

Today, the Republicans are defined not by their willingness to lead, but by their determination to oppose virtually any policy that might have a positive effect, such as health care and economic reform.  The party of inclusion has become one of exclusion – denouncing individuals who might express any originality or even compromise.

For example, look at Republican presidential candidate Newt Gingrich’s recent proposal that would allow long-time, self-supporting, illegal immigrants to become legal residents.  "I do not believe that the people of the United States are going to take people who have been here a quarter century, who have children and grandchildren, who are members of the community, who may have done something 25 years ago, separate them from their families, and expel them," Gingrich noted in a rare hint of humanity.

Naturally, he was immediately attacked by his Republican presidential candidate counterparts.

Santorum’s insistence is representative of that kind of thinking.  It doesn’t matter than attempting to teach religious doctrine as “fact” was declared unconstitutional.  He doesn’t care what Americans think or what is logical, plausible or supported by research.  He wants his beliefs taught to schoolchildren.

That’s the Republican way these days.


Long-time historian and educator, Bill Lazarus regularly writes about religion, religious history and history.  His books are available on Amazon.com, Kindle, bookstores and via various publishers.  Many of his essays are posted at www.williamplazarus.blogspot.com.  He also speaks at various religious organizations throughout Florida.  You can reach him at www.williamplazarus.com