What Happened to Religion? 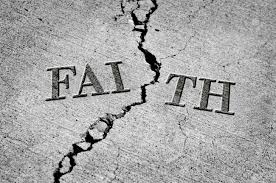 At a recent family gathering in Canada to celebrate my cousin's 90th birthday, I mingled with people from all over the continent.  They belonged to various generations, religious backgrounds and ethnicities, the result of more than 150 years of intermarriages since my ancestors first traveled across the Atlantic Ocean from the Old Country to these shores.

I found the party-goers had one thing in common, regardless of age or upbringing: not one of them professed any religious beliefs.

Indeed, when the subject arose in private conversations, cousins, in-laws and assorted friends all said they had left the faiths of their parents and now accepted none. Several admitted easily that they had shed any belief in a god.

I did not ask why.  However, as a religious historian, I am well aware that the microcosm of this party mirrored what is happening worldwide.  In this country, an estimated 25 percent of the population no longer identifies with any particular religion.  In Canada, the numbers vary from province to province, ranging as high as 49 percent professing no religious affiliation.  Overall, the number of Canadians who claim no ties to organized religion is almost identical to the U.S. figure.

In both counties, that's the highest percentage of nonbelievers ever recorded, and it continues to climb in North America and worldwide.  A recent Gallup poll  found that "the percentage of Americans who report belonging to a church, synagogue or mosque at an all-time low, averaging 50 percent in 2018."

The old spiritual could claim that "that old-time religion is good enough for me."  That's simply not true anymore.

Lots.  For starters, all religions have a lifespan.  They start to lose their potency as nothing changes.  If Jesus was supposed to bring about an era of peace and happiness, why hasn't he?  Paul faced the question two millennia ago.  When would Jesus return  to implement that promised era?  At first, Paul answered that the time was soon.  Later, he said no one would know.

We are also aware that contrary to the prophet Isaiah's promise, lions are not going to lie down peacefully with lambs.  Indeed, as fresh water becomes an even more precious commodity in coming years, we can expect increased bloodshed. 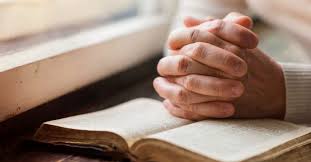 Over time, the claims of holy books, endlessly repeated by the devout, have turned into dust in the face of reality.  A devout friend wrote a novel that included Jesus but gave him no role because her book claimed the existence of heaven, but no hell to be saved from.  When the contradiction was pointed out, she said that Jesus was too much a part of her life to get rid of.  So, she just reduced his status to that of an onlooker.

It's a short step to discarding him completely, something an army of former Christians have started doing.

Then, too, we are more aware of many of the 4,600 beliefs that humans adhere to.  Claims of a unique faith or special providence sound increasingly absurd, forcing believers to insist that only a fortuitous coincidence allowed them to be born in the one "true" faith.

Only someone extremely gullible (or desperate) would accept that argument.

In addition, we can all see that the pious, holy, saintly figures among us suffer the same vicissitudes of life as everyone else.  Detailed studies have proven that reality. Prayer doesn't help; neither does good deeds, church attendance or adherence to religious dictates.  Indeed, as studies of the universe have shown: everything happens randomly with no hint of an organizing hand.

On top of that, those most ardently religious have become associated with bigotry and arrogance, which are not welcoming tendencies.  Followers have become increasingly dismayed with ministers who have aligned themselves and their faiths with known pedophiles and prejudice over decent individuals who don't share the same beliefs.

At the same time, the devout have divorced themselves from science and any form of contrary
scholarship, turning religion into the final refuge of the ignorant.

I'm not suggesting religious folks are not sincere.  Only that, through their beliefs, they have severed ties to the rest of society that is increasing conscious of research and the mounds of contrary evidence.  Sincerity offers no proof of validity, only slavish devotion to shadows.  As was noted in the Broadway show Man of La Mancha: "It's prudent to recall.  A man with moonlight in his hands has nothing there at all."

Religion, of course, was invented to provide the answers to the deep questions that still vex mankind.  Science has pierced and obliterated most of the best-loved answers while demolishing the historical basis upon which the answers were given. The biblical stories turn out to be no different than Aesop's Fables; their claims of accuracy buried under archeological research and in-depth analysis of the times when the texts were written. 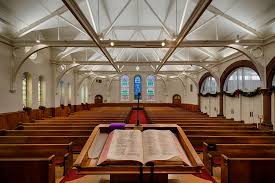 In the end, believers found nothing to hold on to.  So, they let go.   They have retained their morals and ethics; they have discarded the trappings of clergy, sacred buildings, holy days and rituals.

As I noted at the party, none of the attendees seemed worse off for having replaced the warm embrace of religion with the cooler, but more welcoming cloak of reality.

Bill Lazarus is a religious historian who has published multiple books on the topic, including Comparative Religion for Dummies (Wiley Press) and Noel: The Lore and Tradition of Christmas Carols (Halifax Press).  He also writes novels, including Revelation (Southern Owl Press) and The Great Seer Nostradamus Tells All (Bold Venture Press).  An active public speaker, he can be contacted via Facebook.