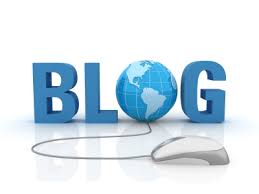 I was really excited to see that my religious history blog just topped 84,000 readers.  To me, that is tremendous.number of readers.  However, after a little research, I’ve learned that my site would need many more visitors to be considered a popular blog.

But that’s why I started the blog.  Too many people know what they believe apparently without the foggiest idea how their religion developed or any historically supporting information.  That’s quickly apparent as soon as acquaintances find out I’m a religious historian.

For example, this week, I was walking my two dogs in the park and met a couple with two dogs of their own.  In a few minutes, after asking about my background, they are asking detailed questions about religious history and have done so each day thereafter.  We have also been joined by another woman who is eager to talk about religion and belief.

This is a regular occurrence.  My wife gets upset because, at any party we attend, when I mention my interest in religious history, the topic ends up dominating the conversation.  Fed pap for years, people really do want to know what historians have found out.  Some even purchase several of my religious history books, which are available online through Amazon, Kindle etc.

The problem is that we are surrounded by conjecture and pure nonsense being palmed off as accurate.  For example, the news media recently reported that a church located “where Jesus was baptized” along the Jordan River has been deserted and needs repair after years of neglect.

The church is there; it definitely needs help after landmines surrounding the area deterred visitors.  It is also old, but not 2,000 years old.  Moreover, it not likely to have anything to do with Jesus.  The Jordan River is 156 miles long.  According to Matthew, the baptism took place somewhere along the river. Pick a spot, any spot.

In the Gospel of John, John the Baptist was said to have dunked followers at Bethabara beyond the Jordan and at Aenon.  Bethabara, by the way, is where the Bible says Elijah parted the river.  However, its exact location is still uncertain. The location of Aenon is also unknown.

The church was built by a pious believer without any concern for specifics.  That’s nothing new, since Helena, Emperor Constantine’s mother and now a saint, journeyed to Jerusalem some 300 years after Jesus died and picked specific spots that supposedly were part of Jesus’ life.  Today, we know she was wrong.

More importantly, the baptism itself contradicts Catholic theology that Jesus is God incarnate.  Historians accept that Jesus must have been baptized simply because such an event runs counter to Christian teaching.  The Gospel authors would not have repeated such a claim unless it was true because of the contradiction.

So they denigrated John the Baptist, insisting that John said that Jesus should baptize him.  They did that because John was popular.  Indeed, the cult that grew up around him has never disappeared, although the bulk of followers eventually folded into Christianity centuries ago or returned to Judaism.  Besides, John is a real person, referred to in detail in the book by Jewish historian Josephus, who wrote in the first century C.E.  Jesus didn’t make an appearance in the text except in an insertion dated more than 300 years later.

If Jesus was baptized, his followers did not see him as a God, but rather has a man who was awaiting the end of the world.  By the way, that’s why John was baptizing anyone within reach.  It was the final ritual cleansing before the world ended.

In reality, that’s what the original followers of Jesus thought and wrote: he was a prophet of the apocalypse.  Paul decided that Jesus was a good person, but did nothing special in his life and was chosen by God to be the messiah – God’s representative on Earth – when crucified.

Only later writers spun a different story and elevated Jesus to a higher religious status.

I can’t and won’t say the later scribes were wrong.  I don’t challenge anyone beliefs.  No historian can.  We only know when the beliefs started and how they developed.  Their veracity is another matter completely.

However, there’s plenty to write about just sticking to the facts, which at least 84,000 people are interested in learning about.  Overall, I've posted more than 360 essays since I started in 2011. 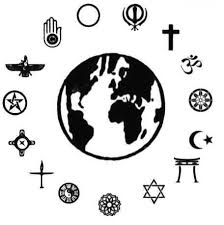 In my blog, I look into religious claims, current religion-related events and people, providing evidence and commentary.  Occasionally, I even foray into American history and politics. You should check it out: blogspot.com under the name William P. Lazarus.

You’ll be joining a small, but growing crowd.

Long-time religious historian Bill Lazarus regularly writes about religion and religious history.  He also speaks at various religious organizations throughout Florida.  You can reach him at wplazarus.com.  He is the author of the famed Unauthorized Biography of Nostradamus; The Last Testament of Simon Peter; The Gospel Truth: Where Did the Gospel Writers Get Their Information; Noel: The Lore and Tradition of Christmas Carols; and Dummies Guide to Comparative Religion.  His most recent book is Passover in Prison, which details abuse of Jewish inmates in American prisons.  His latest novel is Adventures in Bonding. His books are available on Amazon.com, Kindle, bookstores and via various publishers.  He can also be followed on Twitter.