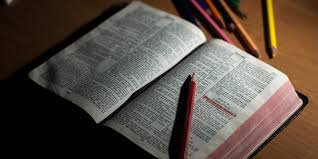 A recent Facebook post insisted that people upset about fake news should read the Bible instead.  Bad idea.  Not only has modern research undermined any biblical claim to historical accuracy, but an increasing number of Americans aren’t interested anyway.

A recently published Gallup poll found that about 50 percent of Americans no longer belong to any religious institution.  The statistics reveal a strong movement away from organized faith.  Back in the late 1900s, about 90 percent of Americans belonged to some kind of church or synagogue.  That number has declined to 78 percent by 2018.


The numbers are skewed by age: older people still attend church; younger people do not.
In another generation, if the trend continues, many institutions might as well lock their door.

Catholics are the biggest losers.  Disgusted with the continual sex abuse scandals and limited institutional response, Catholics are deserting the Church in droves, with membership falling from 76 percent to 63 percent.  Again, the older generation is keeping the membership lists artificially high.  Young people are divorcing themselves from the faith of their parents in astonishing numbers.

Suggesting that they turn to the Bible obviously won’t stem that tide.  Not when the findings of thousands of religious historians starting in the 1700s have underlined cherished beliefs.

By the way, the scholars didn’t get into the field to disprove anything.  Many were drawn by their faith to find supporting evidence.  One prime example is Dr. Albert Schweitzer. A world-renowned humanitarian, minister and organist, he also wrote the best-known comprehensive look into the life of Jesus, titled Quest for the Historical Jesus.

Nothing, he wrote, “could be more disappointing” than finding how little factual history actually exists.  That didn’t undermine his beliefs.  Instead, he focused on philosophy rather than historical facts.

Young people today, brought up to take tests that demand specific, correct answers, aren’t following his example.  They are looking at the contradictions in the text, such as:

In Matthew, Jesus was born when Herod was king; in Luke, he was born 10 years later when there is a census. In Mark and John, he born in Galilee, in Matthew and Luke, he is born in Bethlehem;

In Mark, Jesus doesn’t want anyone to know he is the messiah; in Matthew he rides into Jerusalem astride two animals; in Luke, he is greeted by crowds of cheering spectators.

The list could go on to no purpose.  Clearly, the Gospel authors didn’t have a lot of information to work with, so they created their own versions, and all wrote at least two generations after Jesus must have died.

That kind of mishmash won’t convince anyone of biblical truths.

Of course, there will always be believers, just as there were people who believed in Isis, Dionysus, Mithra and other such created deities long after they, too, had been shown to the product of human imagination.

However, as one survey after another demonstrates, they are a dwindling number likely to shrink even more in the coming years. Throwing a Bible at the situation won’t change anything, not when so many people are ducking.

Long-time religious historian Bill Lazarus regularly writes about religion and religious history with an occasional foray into American culture.  He holds an ABD in American Studies from Case Western Reserve University.   He also speaks at various religious organizations throughout Florida.  You can reach him at wplazarus@aol.com. He is the author of the recently published novel The Great Seer Nostradamus Tells All as well as a variety of nonfiction books, including The Gospel Truth: Where Did the Gospel Writers Get Their Information; Noel: The Lore and Tradition of Christmas Carols; and Dummies Guide to Comparative Religion.  His books are available on Amazon.com, Kindle, bookstores and via various publishers.  His website is wlazarus.com, which is still under construction. He can also be followed on Twitter.
Posted by William P. Lazarus at 7:50 AM No comments: