Is Trump a True American?

On the back of a pick-up truck driving in front of me, the owner (I presume) had created a large sign which read: If You Are Not 4 Trump, You Are Not an American.

I was intrigued for two reasons.  For one, except for the 4 instead of “For,” the sign was actually literate, putting the lie to the claim that Trump supporters are uneducated.  At least one could create an understandable sentence.

However, it did raise the question: What is an American?  After all, in the truck owner’s view, whatever Trump has been doing must be considered as actions of a proper American.  Opponents, therefore, must not be.

So, what is Trump doing?  Lots.  By studying them, maybe we can determine what a real American truly is. 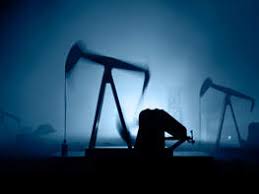 He is allowing companies into national parks, opening pristine land for drilling and exploitation. Are real Americans opposed to supporting environmental efforts?

He has cut government programs that support scientific study in a variety of fields.  Are real Americans opposed to science and research?

He has forced the Treasury to borrow $1 trillion a year for three straight years, expanding the national debt and placing extra burden on future generations.  At the same time, he has dismantled financial controls to present future recessions like the one that hit the U.S. in 2007.

Simultaneously, he has launched a trade war with China that has undercut farmers and a wide array of businesses, possibly signaling a serious economic downturn.  Are real Americans in favor of increasing the national debt and fiscal irresponsibility?

He has aligned with traditional enemies like Russia and North Korea.  He has supported Saudi Arabia despite the admitted murder of an American reporter, Jamal Khashoggi.  At the same time, he has turned on Canada, Mexico and Europe, our traditional allies,   Do real Americans spurn long-term friendly relationships?

He has abandoned the Kurds, the tribal people who fought with us against ISIS in northern Syria and allowed the Turkish army to slaughter them.  Do real Americans abandon their allies to massacres?

He has incarcerated children in a supposed effort to shield our borders.  Do real Americans think concentration camps are a good idea?

He has openly tried to get foreign governments to interfere in American politics.  Do real Americans like such efforts, in violation of Federal law?

He has encouraged bigotry.  Is that kind of hatred a real American ideal?

He has lied repeatedly, topping 10,000 documented lies in just three years. He has made repeated false promises, such as not cutting Social Security and Medicare only to submit a budget containing deep reductions in both.  Do real Americans prefer a president who lies to them?

He has rejected information compiled by intelligence agencies and relied instead of disproved conspiracy theories.  Do real Americans dislike the CIA, FBI and other agencies entrusted with gathering sensitive information?

He has hired multiple lobbyists and placed them as directors of the programs they once lobbied.  Do real American accept conflict of interests as normal behavior?

He has placed multiple individuals with no apparent competence – Rick Perry over Energy; his son in law Jared Kushner as senior advisor over the Middle East; Betsy DeVos over education,  come to mind – in charge of important departments.  Do real Americans prefer incompetence and nepotism?

He has watched five former employees plead guilty to various crimes with new charges against others being filed on a regular basis.  In addition, he faces multiple law suits and has lost several, including one for fraud regarding his “school.”  One associate went to jail for paying off a prostitute to keep her quiet during the presidential campaign.   Do real Americans think a president should be involved in criminal enterprises?

He has tried to eliminate the medical reforms initiated by the previous president without developing any replacements.  Do real Americans prefer to go bankrupt getting medical treatment?

I could go on but won’t.  If these things somehow constitute what a real American is, as embodied by Donald Trump, I think I'd prefer a leader who isn’t.

Bill Lazarus is a religious historian who also writes about American history.  He holds an M.A. in communication and an ABD in American studies.  He has had multiple books published, both fiction and nonfiction, including Revelation, Adventures in Bonding, Comparative Religion for Dummies and A Guide to American Culture. He can be reached via his website: wlazarus.com.