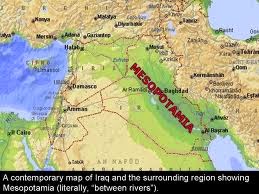 Science has proven that the Earth is just a small planet in an outer arm of a giant galaxy, that humans evolved from smaller creatures, that DNA dictates our lives and so much more.

Starting with the ancient House of Wisdom founded in Baghdad in the 9th century, through the age of discovery, age of reason and into the 20th century, science and scientists have held honored positions in society – Isaac Newton, Copernicus, Albert Einstein, Charles Darwin, Sigmund Freud and many more illustrious names comes to mind.

In just the last 100 years, scientists have discovered penicillin and other life-saving medicine. They created instant communication, high-speed travel and glorious forms of entertainment. Science has improved athletic performance, educational tools and our lives.

At one time, scientists were seen as great saviors who would rescue mankind from any dire emergency.

Now, any outlandish claim gets a fair hearing as if equal to legitimate research.

For example, a chatty repairman, while visiting today to take care of a phone problem, filled me in on the Annunaki.  I teach religious history, but had never heard of this sect although the name had a familiar ring: Anu was a chief god in Sumeria some 5,000 or so years ago.  The Annunaki, however, hadn’t shown up in anything I’d ever read.

According to the repairman, quoting a documentary-type TV show, the Annunaki were alien lizard people who controlled mankind in the distant past.

I pointed out to the repairman that no evidence exists of such ancient creatures.  There are no graves, no architectural structures, no fossils, nothing.

True, the repairman said, but that doesn’t mean they couldn’t have existed.

A little research uncovered the reality that everything known about the Annunaki was created by a journalist named Zecharia Sitchin.  In the 1970s, he wrote several books detailing the existence of the Annuaki based on his readings of Sumerian literature.

The fact that Sitchin apparently knows nothing about Sumerian literature and reportedly cannot read the ancient language obviously did not deter him.  He “translated” comments about alien aircraft and worship of creatures from the sky.  Of course, actual scholars didn’t read anything like that in the same writings, but, today, obviously, there are people who actually believe that humans were created to be a slave race for these lizard creatures. 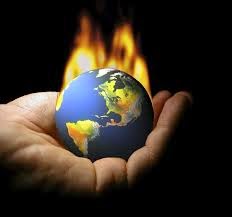 There are also people who believe that Climate Change, also known as Global Warming, is some sort of plot for evil governments and/or sinister corporations to take complete control of the world.

No it’s not.  Government can’t even cooperate on the simplest level, much less as part of a world-wide conspiracy.  As for corporations, they could hardy do much business if the world is destroyed by overheating the atmosphere.

Still, people believe.  Why?  For one reason, they distrust science.  Yes, scientists have done miraculous things, but science has also created genetically modified (GMO) food, fracking and horrific weapons of all kinds. Scientists have also shilled for tobacco, signed off on distorted research created to fulfill a political agenda, and dishonored themselves in multiple unethical ways.

As a result, the scientific panacea has been weighed in the balance and found wanting, as the biblical Daniel noted in another context.

In the biggest sin of all, science has shattered beliefs, showing there never was an Adam and Eve, that biblical stories are historically incorrect, that there may be no deity. All of that is information is transmitted constantly and readily available to anyone who wants to read the research on the worldwide media created by science.

Then, too, Americans have always disdained education.  Professors are “eggheads,” to use a phrase from the 1950s assigned to Democratic Party presidential candidate Adlai Stevenson.  Americans admire people who “pull themselves up by their bootstraps,” and who succeeded not because of a lack of education but in spite of it.

As a consequence, rather than give up belief or confront the reality laid bare by science, Americans seemingly will cheerily swallow the unbelievable, the illusion and the outright lie.  They prefer the chimera to the facts, the absurd to the absolute.

Scientists may object, as they have by showing astrology is fake and that the Annunaki never existed, but in the battle between belief and fact, in this country anyway, belief wins almost every time.

Unfortunately, scientists, not believers, are the ones who will have to solve the massive problems we face.  They may not have the best reputation now, but they remain our only hope.  Believe it or not.