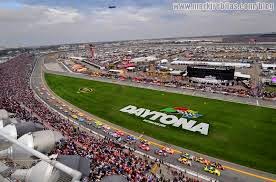 In honor of the Daytona 500, the Lighthouse in Ponce Inlet hosts an annual show with old cars and drivers, and presentations.  As the author of a history of racing in Daytona Beach from 1903 to 2003, I have been invited to speak there for the past three years.

This time, I got introduced to real passion and how it can mute facts.  That lesson could have taught about ISIS in the Middle East as well as by rabid religious conservatives in this country.

My talk was about problems NASCAR has faced and overcome.  I concluded by explaining that the racing organization still has many concerns, such as finding sponsors and reaching out to a wider audience, but will likely survive them as it has done in its previous 69 years of existence.

When I was done, a gentleman in the front row said he disagreed with me.  He insisted NASCAR was on the upswing and would continue to grow.  He was extremely passionate, so much so that he had ignored the fact I said the same thing.  He also overlooked all the statistical studies that show attendance at races has fallen nationally, TV viewership is down and that, overall, car racing has lost some of its public interest.

This person had no interest in mundane facts.  He had grown up in NASCAR; therefore, it was the best sport and could only continue to expand.

Substitute the name of any religion for NASCAR (which is a religion for some fans), and you can see the same kind of thinking that fuels world conflicts.  Facts don’t matter.  The reality of science doesn’t matter.  Only belief matters.

Armed with such passionate ignorance, an Islamic believer can slice off the heads of Coptic Christians or Japanese prisoners.

During my talk, I also pointed out that the 2001 death of Dale Earnhardt, the face of NASCAR, nearly killed the sport.  My friend in the front row insisted that the death of his father in a 1957 race was just as devastating.

By 2001, NASCAR was a national sport.  Dale Earnhardt was an internationally know figure who made millions every year by selling merchandise bearing his name and car number to adoring fans.  He was the most recognized figure in car racing, like LeBron James or Tiger Woods in their sports today.  His death while racing was a devastating blow to the sport.

In contrast, a racer’s death in 1957 was a family tragedy.  It didn’t merit more than a mention (if that) in any newspaper.  Cable TV didn’t exist then.  Today’s 24-hour coverage of sports was unknown and unimagined.  Racing was a minor sport, which gained national attention only briefly with the Indianapolis 500 in May.  NASCAR was unheard of; Daytona International Speedway wasn’t even started yet, much less the Daytona 500.

To my friend, though, the deaths were comparative.  Facts have no bearing on that narrow thinking either.

He went on to object to my explanation of how much drivers are paid to compete in the Daytona 500.  I know the figures; more than 15 years ago, when I worked for the company that owns race tracks, we did a financial analysis of the winnings.  My friend only knew the announced payments.  That doesn’t include sponsorship money, endorsements etc.  The real amount is many times the listed totals.

As author Bob Pockrass noted in his article on payments to NASCAR drivers, “Look at a NASCAR box score after a race, and it lists pretty much all the essential data. Where a driver starts and finishes and how many laps completed can give fans an idea of how the driver performed.  And then, at the
end of the line, is how much money the driver ‘earned’ for that event. That amount doesn’t really tell how much a driver really made for the race.”


Again, facts and studies mean nothing in the face of blind passion.

His behavior is nothing new.  In this country, it’s commonplace to pretend there has been no research and to rely on emotion-tinged beliefs.  That’s why elected officials can deny Climate Change and say they don’t accept evolution.  Facts don’t matter.  Decades of study can be ignored in order to maintain beliefs. 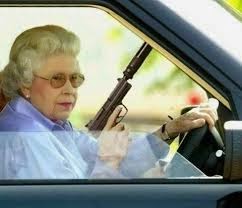 Such ignorance fuels ISIS and its murderous attacks in northern Syria and Iraq.  It feeds the emotions of conservative Christians determined to take over American society and force out dissenters.  It fires the NRA and its hell-bent determination to arm everyone, regardless of the number of people who are killed.

Such passion can only be doused with real facts based in solid, replicable research.  Facts aren’t sexy, but they are absolutely necessary to bank passions and provide the base for supported decisions.

You can enroll in his on-line class, Comparative Religion for Dummies, at http://www.udemy.com/comparative-religion-for-dummies/?promote=1
Posted by William P. Lazarus at 5:59 AM No comments: