Recently, Facebook friends have been arguing over the conjectured physical appearance of Jesus.  That’s just the latest disagreement over Jesus’ looks.

Around 2001, a group of researchers, using the most modern techniques, were lambasted after deriving an image of a short, stocky man with a broad nose and dark skin. In 2013, Megyn Kelly, then a FOX commentator, insisted Jesus (and Santa Claus) was white, igniting the discussion again.  The fire she started continues to send out flames.

Some Facebook friends were adamant that Jesus was blonde or Western appearing. You would certainly think so, given the statues and paintings which depict a tall white Jesus with flowing hair.  I don’t recall ever seeing a black Jesus in all the physical manifestations on Christmas cards, drawings and the like.

In movies, such as The Passion of The Christ (2004), Jesus is white, played by Jim Caviezel.

However, that’s not how early Christians described him.  Like us, they had no sources.  No one in Jesus’ lifetime left us a physical description. Religious leaders tried anyway.

Celsus, a Greek philosopher who opposed Christianity and lived in the 2nd century, described Jesus as “small and ugly.”  Tertullian, an early Church Father who was later declared a heretic, agreed with Celsus.  Jesus, Tertillian said, had an “ignoble” appearance.  Irenaeus, another 2nd century Church founder who was the first to list all the books eventually in the New Testament, called Jesus “weak and inglorious.” Others said he was a hunch-back.

In the Acts of Peter, which is not in the Bible, Jesus was called “small and ignorant.”  How small? Bishops in the second century and Ephrem Syrus, a fourth century bishop, suggested Jesus was closer to 4’6” tall.

If they had looked at the Bible for suggestions, they would have concluded Jesus was dark-skinned.  After all, the first human in the sacred text, Adam, was formed from clay.  In Hebrew, the word for “clay” or “dust” is defined as black or very dark brown in color.


Ethiopians, who are black, populate the stories.  Moses’ wife Zipporah is an Ethiopian.  So are additional wives of Abraham and Jacob. In movies and paintings, they are usually depicted as white.

The idea that Jesus was fair skinned arose in the Middle Ages as Christians began to battle with Arabs for control of the Middle East.  Depicting Jesus as non-Semitic was a form of propaganda.  It also separated Jesus from his Jewish origins as Jews were increasingly brutalized in Europe.

In the 19th century, Christian scholars continued to say Jesus was white during an era of intense anti-Semitism, leading to the Nazis and the Holocaust.

English-born German philosopher Houston Stewart Chamberlain initiated the process by describing Jesus as Amorite-German, apparently unaware that the Amorites were Semitic, like the Jews.  New Yorker Madison Grant, known for his work with the pseudoscience of eugenics, insisted Jesus was Nordic.

That argument is based on the false premise that Galilee, where Jesus lived, was a non-Jewish region.  In reality, the region was once called Samaria and contained mostly Jews and converts to Judaism.

In the late 20th century, scholarship swung back toward a swarthy Jesus, if not black.  Researchers checking skeletal remains from the era found that residents of Judea, then part of the Roman Empire, shared DNA largely with today’s Iraqi Jews.  Those folks mostly have olive skin, dark hair and brown eyes.  The men average about 5’5”.  If Jesus followed the practices of his male counterparts, he would have had short hair and a trimmed beard.

The bigger question is: Does it matter?

You’d better believe it.  Although some Christians insist they have no problem with whatever Jesus really looked like since they believe in him regardless, most Facebook posts did not follow that reasoning.  White Christians want Jesus to look like them, so he gets blue eyes, flowing hair and white skin.

Would they pray to in a black, short, Semitic-looking man?  I doubt it.  Such thinking would undermine the inherent racism embedded so deeply into Western culture.  A black president outraged enough people; a black Jesus, openly replacing the white version, would likely cause even more anger.

Nevertheless, in time, maybe the truth will win out.

As author Mark Wayne suggested, “We would go back to … following a humble dark-skinned Jewish rabbi who just so happened to be the physical manifestation of God himself to bestow grace and mercy to the whole world. All colors included.”

Long-time religious historian Bill Lazarus regularly writes about religion and religious history with an occasional foray into American culture.  He holds an ABD in American Studies from Case Western Reserve University.   He also speaks at various religious organizations throughout Florida.  You can reach him at wplazarus@aol.com.  He is the author of novels and nonfiction books, such as The Gospel Truth: Where Did the Gospel Writers Get Their Information; Noel: The Lore and Tradition of Christmas Carols; and Dummies Guide to Comparative Religion.  His books are available on Amazon.com, Kindle, bookstores and via various publishers, including Bold Venture Press.  His website is wlazarus.com.

Looking for the DNA of Jesus 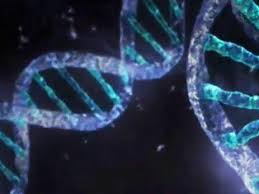 Jesus’ DNA is attracting a lot of attention these days.  There’s been specials on TV and all sorts of suppositions about analyzing God’s DNA.

What will they find? That depends on their evidence.  Let’s look at the sources.

·         2. The Sudarium of Oviedo, a cloth supposedly used to cover and clean the face of Jesus after the crucifixion.

·        3. The supposed bones of John the Baptist found off on an island the coast of Bulgaria in the Black Sea.

Not much, but that’s all that’s available.

Let’s look at each in turn.

The Shroud has been known since the 14th century.  In 1389, Bishop Pierre d’Arcis produced a report for Pope Clement VII and noted that a church official at Lirey had, “falsely and deceitfully, being consumed with the passion of avarice, and not from any motive of devotion but only of gain, procured for his church a certain cloth cunningly painted, upon which by a clever sleight of hand was depicted the twofold image of one man, that is to say, the back and the front, he falsely declaring and pretending that this was the actual shroud in which our Savior Jesus Christ was enfolded in the tomb, . . .”

Nevertheless, Church officials still held out hope until tests were conducted on fibers drawn from the Shroud   Tests done on the Shroud in the 1980s then were completed extraordinarily carefully.  Three different laboratories in Arizona, Oxford, England and Zurich, Switzerland tested swathes taken “away from areas that were either charred or patched” under direct observation of representatives of the Church. In this controlled test, samples not from the Shroud were also used.  The labs didn’t know which ones they were given.

As a final note, the stains on the shroud have been tested as well.  To believers, they are blood. Unfortunately, they aren’t.  They could be a lot of things – no one is sure – but they are definitely not blood.

How about the Sudarium of Oviedo?  It’s not as well known.  It also has no image on it.  However, there are blood stains.  Tests show that the stains came at different intervals.  Dead men don’t bleed.

The Sudarium has also been dated via Carbon 14 by Beta Analytic Inc. from Miami, and the result was 660-890 CE.  That’s about 100 years after the cloth was first mentioned.  Researchers suspect contamination could have interfered with the reading.  Regardless, that’s still 500 or so years too late.

Believers like to link the Shroud and the Sudarium together.  They have nothing in common. The Shroud image is bearded. In the Sudarium, there’s also no evidence of facial hair, which would have resulted in smears.

Blood on the Sudarium came from the nose area.  A shroud placed over the area would have smeared.  No such smear appears on the Shroud of Turin.

The Shroud image has wounds from thorns.  The Sudarium shows no such wounds.

Those are just some of the differences.

How about the third source: the bones of John the Baptist, supposedly Jesus’ cousin?  In the first place, the two men were not related.  John certainly didn’t think so.  Early Christians had to contend with a sect of people who believed in John the Baptist as the messiah.  So, in the religious texts, authors had John deny his own status and point to Jesus.  For the same reason, the two men suddenly became cousins.

Such a relationship makes no sense if Jesus is really God.  God has cousins?

Nevertheless, six bone fragments have been found.  They have been dated to a male who lived in the first century CE.  So far, so good.  Also, John appears in historical records, so he existed.  Of course, he’s been pretty spread out in the intervening years: four places claim to have his head, including a German museum and a mosque in Damascus; a place in Turkey claims to have his right arm.  However, his right hand is supposedly in a monastery in Montenegro.  Egypt claims a crypt with relics from the famed preacher.

More significantly, John was beheaded by the king.  His body probably wasn’t turned over to his followers for reverential worship.  Having angered a monarch, he wouldn’t get special treatment after death.

Besides, there’s no way to tell whose body scattered bones around the Middle East.  There’s nothing to compare to.  No one has the correct DNA of John the Baptist.  Millions died in the 1st century CE.  All that can be said is that the bones in Bulgaria came from one of them. The other bones haven’t been tested.

The sum of evidence for Jesus’ DNA: zero.

As a final note, Jesus was not revered as a god or a savior until long after his death, and after a civil war that destroyed much of the country.  The likelihood that anything related to Jesus was preserved is extremely low.  The early Nazarenes died out during the war.  The only survivors were colonies set up by Paul, all located far from the battlefield and none interested in relics associated with the dead messiah.

Regardless of the facts, the stories will continue to bedevil the faithful.   Ironically, believers are praying for scientific evidence, which they commonly reject if the topic was Noah’s Ark or any other biblical story.

Long-time religious historian Bill Lazarus regularly writes about religion and religious history with an occasional foray into American culture.  He holds an ABD in American Studies from Case Western Reserve University.   He also speaks at various religious organizations throughout Florida.  You can reach him at wplazarus@aol.com.  He is the author of the famed The Great Seer Nostradamus Tells All; The Gospel Truth: Where Did the Gospel Writers Get Their Information; Noel: The Lore and Tradition of Christmas Carols; and Comparative Religion for Dummies.  His books are available on Amazon.com, Kindle, bookstores and via various publishers.  He can also be followed on Twitter.