The Rap on Afterlife 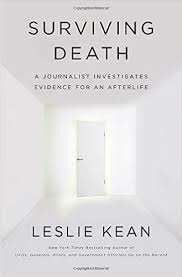 The information collected by Leslie Kean is interesting, although much of the material with psychics is drawn from the 19th and 20th century.  Nevertheless, there’s still a lot not discussed.

When I finished the book, I had too many questions.

For starters, only some dead family members supposedly contacted a client through a living channeler.  What happened to the others?  Are they blocked from “appearing?”  If so, why?  Who blocks them?

On top of that, some of the information provided by the psychics was wrong.  True, it’s amazing that they got somethings correct, especially when holding a reading for total strangers, but why did they make any mistakes if the information is coming from an unimpeachable source?  Didn’t the spirits remember?

Then, too, several ethereal visitors who were members of the Christian faith claimed to have seen Christ.  That makes no sense.  After all, no one knows what Jesus looked like.  The standard picture of a tall, white man with flowing locks and a white robe actually is drawn from the image of a Roman god called the Good Shepherd.  Jesus would have been small, dark and Semitic appearing.  So, who did they really “see?”

Did non-Christians see someone else?  No information was given about reincarnation studies done among Hindus and Buddhists, members of religions that espouse multiple lives. I have read several books that contains that information.  They don’t claim to see Jesus.  Do Muslims see Muhammad or Jesus?

Also, there’s no indication of punishment for sins.  What does that mean for Christianity, which says Jesus died so believers could be saved?  If there’s no saving, then why is Jesus hanging around anyway?

The séances often contained familiar activities, such as rapping on doors and levitating chairs.  A magician friend years ago told me those were just tricks.  I want to know this: if a spirit comes back from the dead, why is it just performing tricks?  Shouldn’t the spirit be explaining what is the afterlife like?  Is it just like a train station where everyone waits to be called by a psychic, after a client has paid the proper fee?

In addition, the spiritual manifestations offered different visions of life after death.  That makes little sense, since all of us should have the same thing happen.  Why are there differences?  Are there multiple post-life sites?

Then, too, do spirits die again?  That’s a big question.  After all, the Earth has a lifespan, estimated at around 4 billion years from now.  Human life, assuming we overcome Climate Change and other potential disasters, should survive, at best, another million years.

Then what happens to all those spirits waiting in the netherworld?  There would be no one to visit in this world or, for that matter, anywhere else.  Maybe they’ll start amusing themselves.

I’m not a debunker like Harry Houdini, who spent much of his later years unmasking frauds.  So, I’m not going to venture in physics and ask questions about energy conservation.  Nor am I really concerned if my consciousness continues after death.  It’s possible, since none of us can imagine nonexistence.  Besides, to date, scientists really aren’t sure what consciousness means or how it develops.

On the other hand, it is conceivably possible that memories are transferred.  Studies today show that we all constantly throw off bundles of energy everywhere we go.  We breath air that passed through the lungs of the famous and the infamous (see Caesar’s Last Breath, an excellent book), and possibly pick up more that affects our brains at the same time.  DNA also contains memories, especially when involving trauma, such as starvation.

Besides, I’ve been involved in some of the research.  In my case, it involved regression – where subjects “return” via hypnosis to a previous life.  I interviewed individuals while in regression and found some of the answers plausible and others invalid. 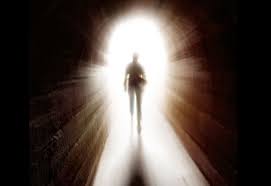 I have also read multiple books by sincere researchers.  All of them raised the same sorts of questions posed above.

The reality is that answers are hard to come by.  Spirits seem to know details of a client’s life, but little else.  Maybe they just enjoy rapping on doors and lifting tables.

Long-time religious historian Bill Lazarus regularly writes about religion and religious history.  He also speaks at various religious organizations throughout Florida.  You can reach him at wplazarus@aol.com.  He is the author of the famed Unauthorized Biography of Nostradamus; The Last Testament of Simon Peter; The Gospel Truth: Where Did the Gospel Writers Get Their Information; Noel: The Lore and Tradition of Christmas Carols; and Dummies Guide to Comparative Religion, among other books.  His books are available on Amazon.com, Kindle, bookstores and via various publishers.  He can also be followed on Twitter.
Posted by William P. Lazarus at 11:25 AM No comments: