Religious groups worldwide clothe God in such wonderful verbal raiment of love and peace, but they have been looking in the wrong closet.  God apparently is more apt to be wearing military fatigues than a white robe. 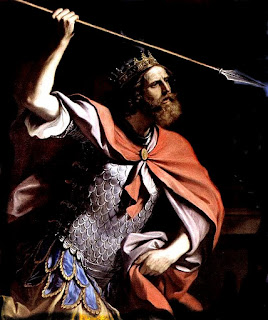 When the earthquake and tsunami devastated Japan in March 2011, the internet overflowed with detailed images of the destruction as well as religious commentary.  Apparently, at least some of the more religious Americans felt that God was getting revenge on our behalf for the Japanese surprise attack on Pearl Harbor, Hawaii in 1941.

Religious folks had opposed U.S. entry into World War II until that stunning and crippling air raid.  Then, they enlisted in record numbers, as author Sylvia Engdahl noted in her essay on religion and the war, “They sent their sons and daughters into the military, accepted shortages as a matter of course, worked in industries that fueled the war machine, and prayed for safety and victory. If anything, Americans were confident that the Allied cause was right and that the enemy was wrong.  God would therefore vindicate them.”

God was busy again September 11, 2001 after another surprise attack on American facilities, including the World Trade Center in New York and the Pentagon in Virginia.

Religious leaders naturally assumed God had to have been involved in the decision making. According to the official transcript of a broadcast television show, the Rev. Jerry Falwell said: “The ACLU has got to take a lot of blame for this. And I know I'll hear from them for this, but throwing God...successfully with the help of the federal court system...throwing God out of the public square, out of the schools, the abortionists have got to bear some burden for this because God will not be mocked and when we destroy 40 million little innocent babies, we make God mad...I really believe that the pagans and the abortionists and the feminists and the gays and the lesbians who are actively trying to make that an alternative lifestyle, the ACLU, People for the American Way, all of them who try to secularize America...I point the finger in their face and say you helped this happen."

He later apologized for the accusations, but not for assuming God guided the terrorists.

President George W. Bush had no problem linking religion to 9/11, too.  He declared September 14 as a day for "Prayer and Remembrance.”  He asked Americans to pray for the families of the victims, citing the Book of Psalms, "And I pray they will be comforted by a power greater than any of us spoken through the ages in Psalm 23.  ‘Yea, though I walk through the valley of the shadow of death, I fear no evil for thou art with me.’"

He was actually following in his father’s footsteps.  In 1991, the Rev. Billy Graham stood by the first President Bush to give God’s imprint while trying to gain support for the Middle East war.  Of course, when Bush said the Desert War was “just and moral,” Graham agreed.

God has inspired lots of other people, too, in some other decidedly non-pacifistic ways.   In 1987, several white supremacists, energized by what they said were God’s wishes, were arrested for plotting to poison the municipal water supplies of two major American cities.

Why stop there?  Palestinians do not hesitate to kill Israeli civilians in the name of their God. Closer to home, fanatical Christians have killed doctors and nurses in abortion clinics, insisting they acted at God’s behest.

The link between God and human squabbles has not gone unnoticed.  Hitler, for one, wrote about it in his blueprint for world conquest, Mein Kampf:  “To sacrifice one's life for a belief hardly serves as a cowardly act. On the contrary, to die for one's belief has served as a clarion call for believers throughout history as a duty to one's faith.”

Belief that God is behind such action can be a tremendous impetus.  As Wake Forest religion professor Charles Kimball noted:  “Every religion has the capacity to work either for good or evil. There are five warning signs that we can recognize when religion moves toward evil.  The first is when a religion emphasizes that it holds the absolute truth, the one true path to God.”

Ooops, that describes Christianity and Islam.

The other signs Kimball cited were “a blind obedience to religious leaders, an apocalyptic belief in the coming end of the world, the use of malevolent ends to achieve religious goals and the declaration of a holy war.”

Yes, that’s Christianity and Islam, too.

Apparently, based on what’s been going on around the world, God is all dressed up and ready to loose “the fateful lightening of His terrible swift sword” again.

Too bad He’s not into white doves and peace signs.

Posted by William P. Lazarus at 4:08 AM No comments: