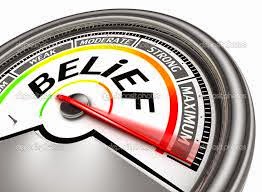 Belief can be such a tricky thing.  It can really trap people in a kind of mental quicksand.

For example, my classes at Daytona State College (fall 2014)  debated important topics chosen by the students.  This was an exercise to teach organization and the use of research.  The students chose the usual topics: gun control, abortion and, of course, evolution.

They also took a survey to determine their views before hearing the arguments.  Over half the students answered “yes” to the statement: “Evolution contradicts my religious beliefs, so any proof of evolution has no meaning to me.”

As such, they had simply closed to their minds before any debate could take place.

That raises a question, however: what is their belief based on?

All of these students are Christian, but their belief is not drawn from anything Jesus said.  Although the theory of evolution dates to ancient Greece, Jesus no doubt never heard of it.  He never comments 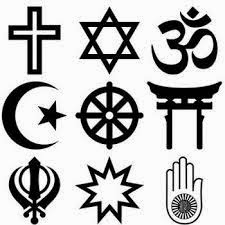 on it.  Nor do any of the disciples or Paul, the chief advocate of the new faith.

Nor does evolution have anything to with Christian theology, which claims that Jesus is God on Earth who died to redeem mankind from a sin caused by the first human.  Evolution is simply extraneous to such teachings.  That’s why the Roman Catholic Church, the world’s largest Christian faith, can accept evolution without a qualm.

Actually, the students could have belonged to any religion.  None care a whit about evolution.  Judaism is a belief in one God who provided laws to one people to share with the rest of the world.  No evolution.  Islam believes that a prophet received revelations from God on how to live.  No evolution there either.  Look at the rest: Shinto involves ancestral worship; Hinduism, the wheel of life; Buddhism, living the right way; and so on.

In fact, not a single religion or religious figure discussed evolution until after Charles Darwin published a book in 1859 that explained at least one way that evolution worked – natural selection.  At that point, Christian clerics decided that this scientific discovery somehow violated their non-existent beliefs on the topic.

While the Roman Catholic Church has given up that nonsense, other Christian sects obviously have not.  They are still inculcating young people to ignore decades of research and study – which have developed in Al Gore’s felicitous term, “an inconvenient truth” – as if somehow lack of knowledge is the base of belief.

What kind of belief is that?  Doesn’t belief have to be based on something?

Actually, the students exhibited only a belief in a book, the Bible.  Evolution also doesn’t show up there.  However, clerics happily infer that since God created everything, as described in the book, that nothing evolved.  They just have to look around to see that’s nonsense. 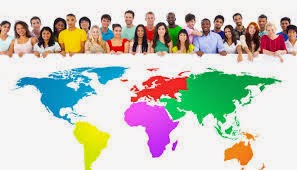 In my classes, for example, I had Asian, European and African students. They didn’t look the same.  Obviously, there had to be some changes in human physiognomy since Adam and Eve.  Why not call the process evolution?

I once had Islamic students reject evolution because the process is random.  To them, that means God could not be involved.  But, since they believe God created everything, why couldn’t He create a random process?  After all, the evidence is visually available simply by looking at human differences among people even when they share cultural and ethnic backgrounds. 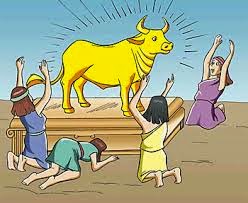 In essence, my students, and many others, are creating an idol they call “belief” and worshiping it without the slightest regard to the wealth of accumulated knowledge.

That kind of blinded approach to life guarantees limited thinking and definitely helps explain the spreading morass of modern life, where such niceties as logic and common sense have become almost as rare as the mention of evolution in any religion.