Defending Islam No Excuse for Bombs

Supposedly, Tamerlan Tsarnaev, the dead Boston Marathon bomber, helped murder three people and wounded more than 280 others with his pressure-cooker bombs because he wanted to “defend” Islam.  At least, that’s the explanation given now for the otherwise inexplicable attack.

From what?  From whom?

There’s no evidence that Islam is under attack anywhere in the world, especially not by the United States.  The war in Afghanistan is not a religious war.  Allies supporting our efforts there have provided soldiers and/or supplies from Muslim countries like Bahrain, Egypt , Kuwait, Oman, Pakistan, Qatar, Sudan, Turkey and the United Arab Emirates.  Even Iran, not exactly a friend of the U.S., got involved on our side to battle an uprising in the city of Herat.

They obviously don’t think the war has any religious overtones. 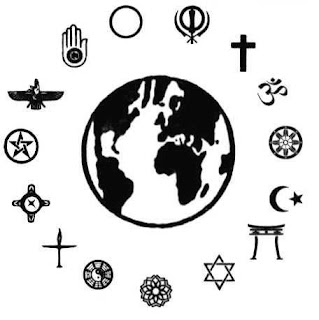 Admittedly, Americans are not happy about terrorist attacks and the fighting against militants in Iraq and Afghanistan.  At the same time, however, we wouldn’t be happy with Buddhists, Hindus, Taoists or anyone else under similar circumstances.

That’s what makes us different.  Since our founding in 1776, we have not approved any laws limiting civil rights to members of any faith.  At one time in Spain, in contrast, only Catholics could own property or marry.  Today, non-Catholics have little chance of succeeding in Central or South America, which are dominated by Catholicism.  That’s true for non-Muslims, too, throughout much of the Middle East.

We have not persecuted members of an alternative sect, as Protestants and Catholics did in England from the reign of Henry VIII in the 1520s through the mid-1660s.  We have never gone to war for religious reasons as Europeans did after the Protestant Reformation.

We have never set out to kill people just because they had a different belief, as Europeans Christians did from the Crusades through the Holocaust or Islamic Barbary Coast pirates did to western sailors in the 1800s.

Unlike Islamic countries, which tightly control leadership roles the guise of faith, the United States has evolved into an open society.  Our Congress today reflects that diversity.  Religious affiliation of the 111th Congress included:

There were also three Unitarians and an atheist.  Try admitting to atheism and getting elected anywhere else in the world.

Have we been perfect?  No, of course not.  Americans in the 1800s, then mostly Protestant, openly discriminated against Irish Catholics – and Catholics in general.  We didn’t elect the first Catholic President until John F. Kennedy (left) took office in 1961.  Today, the majority of Supreme Court justices are Catholic.  No one has protested that anomaly.

There were objections over the plan to build a mosque near the site of the World Trade Center after 9/11.  The proposal went through normal legal channels and was eventually approved.  It’s just a mosque.  The New York Post has reported that no large community events have been held there, although opponents insisted it would be a meeting ground for radicals.  Mosque leaders now say that it may be converted into condos or an office building along with space for prayer.

Animosity against the individuals who attacked the towers on 9/11 did not extend to their religion or toward others of the same faith, except for a few morons who support “guilt by association.”  There are always those who ignore the reality that such stereotyping would force us to condemn all Jews for the actions of the late Rabbi Meir Kahane, all Scientologists because convicted murderer Charles Manson claims to be a member or Catholicism because executed mass murderer John Wayne Gacy was Catholic.

True, presidential candidates invariably are expected to demonstrate their religious zeal.  That led to dueling ministers in the 2008 election.  However, a larger part of the population clearly does not care what a part leader believes.  Mitt Romney’s Mormon faith did not stop him from becoming a viable candidate who seriously challenged the incumbent president in 2012.

Terrorist bombers in Iraq and Afghanistan can at least claim they are trying to rid the country of invaders or attack opponents.  The Boston Marathon bombers can’t do that.    Their attack was nothing less than pure hate disguised as religious zealotry.

Is that what their god believes?  Hate and kill everyone who doesn’t share a particular faith?

Why would anyone want to defend that kind of deity?

You can enroll in his on-line class, Comparative Religion for Dummies, at http://www.udemy.com/comparative-religion-for-dummies/?promote=1
Posted by William P. Lazarus at 3:25 AM