A recent note in my hometown daily newspaper reported that Jews are the best educated religious group in the world.  They average more than 13 years of schooling.  Christians were second at around 9 years, with Muslims and Hindus in the rear at about 5.5 years.  The world average is around 7.7 years.

The short article didn’t answer the big question:  why?

For Jews, education was necessary to read the sacred texts.  The Bible wasn’t codified until the 4th century C.E., but Jewish monotheism dates from the 7th century B.C.E.  That’s when Jews moved away from the concept of a god who was one among many to a single god.  That idea later infused Christianity and Islam.

Writing that later became biblical texts then supported that concept, either by subverting history, via prophetic claims or through fiction.  Eventually, those books were collected into what became sacred text.  There’s a long history that explains how the Bible came into existence, but that doesn’t matter for this blog.

To know what their god wanted, younger Jews had to be literate.  That emphasis increased with anti-Semitism as Jews, ostracized by society, pored through the religious writing in an effort to discover why they were being persecuted.  The text itself provides no direct answers, but required interpretation.  At one time, sages handled that chore.  Their views were organized in what is now known as the Talmud.

After sages died out in the murderous Roman wars, rabbis (“teachers”) took on that chore.  Naturally, such a person had to be extremely well read, intelligent and devout.

Recognized for his wisdom, a rabbi became a sought-after mate.  His children carried the same allure, regardless of appearance.  As a result, Jews practiced natural selection with an emphasis on intelligence.

In contrast, Christians focused on the afterlife, the supposed heaven and hell.  Knowledge then had little value.  Indeed, the rise of Christian domination led to what is known as the Dark Ages, which were finally ended when Christian Crusaders were exposed to Muslim learning during the Crusades.

The most intelligent Christian men became priests, who were not supposed to marry or have children.  As a result, Christians bred out intelligence.

Initially, Muslims stressed education during the first 500 years of the religion’s existence.  However, as science began to expose weaknesses in religious claims, successive caliphs rejected learning in lieu of belief.  They closed the House of Knowledge, where brilliant scholars had gathered for centuries to share information and expand information in such fields as astronomy and math.  We still call numbers “Arabic” numerals, while terms like algorithm and algebra come directly from Arabic.

Today, still straitjacketed by religion, education fails to receive its necessary emphasis in the Muslim world.  I witnessed how religion muffles knowledge as Muslims in my ESL classes rejected scientific research in favor of their beliefs.  The same thing happens in the Christian world, where scientifically proven concepts like evolution are routinely spurned by the faithful. 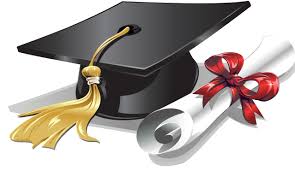 The Jewish emphasis on education continues in the face of unrelenting anti-Semitism, while Christians and Muslims lag behind, still handicapped by beliefs that shunt aside knowledge.

I saw this discrepancy first hand.  My father was Jewish.  He went to college during the Depression and insisted we start saving for college as young children.  Money I earned caddying, starting when I was 8 years old, went a college fund.  My three brothers and I discussed where we would go to college, not if.  We all have at least one degree.  Three of us have two or more.

On the other hand, while in college, I dated a Catholic girl, Karen.  While visiting her house, I joined a family discussion whether or not the youngest son should go to college.  The family also debated whether Karen should continue. The answer to both was “yes.”  Nevertheless, I was stunned.  That conversation would never have happened at my house.

In my high school, then predominately Jewish, had the highest percentage of enrolling college students than any other high school in the country.

The emphasis on Jews to get an education isn’t going to change anytime soon.  As a result, the statistics regarding which religion has the most educated members also isn’t likely to change in the near future.

Long-time religious historian Bill Lazarus regularly writes about religion and religious history with an occasional foray into American culture.  He also speaks at various religious organizations throughout Florida.  He holds an ABD in American Studies from Case Western Reserve University and an M.A. in communication from Kent State University.  You can reach him at wplazarus@aol.com.
He is the author of the famed novel The Unauthorized Biography of Nostradamus as well as The Last Testament of Simon Peter; The Gospel Truth: Where Did the Gospel Writers Get Their Information; Noel: The Lore and Tradition of Christmas Carols; and Comparative Religion for Dummies.  His books are available on Amazon.com, Kindle, bookstores and via various publishers.  He can also be followed on Twitter.