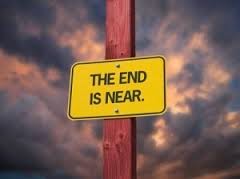 Recently, on Facebook, several folks who I met by writing this blog on religious history began to advocate for the end of Christianity.  They insist the world would be a better place.

In the first place, the disappearance of one religion only ensures the birth of a new one or the takeover of an existing one.  All societies in history developed religious beliefs.  Recent studies have suggested that religious ideas are literally built into our brains.

Besides, the Facebook folks have chosen the wrong target.  They are attacking a religion.  That’s not the problem.  Christianity, like all religions, has decayed in the face of history and science.  Pious stories don’t add up.  Mythology has overtaken reality.  However, the falloff isn’t that extreme:  About 72 percent of Americans still think of themselves as Christians, although only 25 percent are active in churches and their faith. 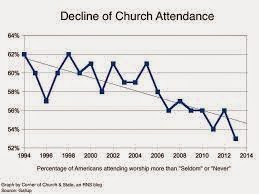 Such figures are really only of interest to statisticians and sociologists.

My friends aren't looking at the data either, but at what devout Christians are trying to do.  They could care less about the religion; they just don’t want Christian teachings and stories stuffed into them.  They see community leaders pushing Christian concepts as if such ideas are not beliefs but proven truths.  They listen to elected officials cite the Bible as if it’s established fact.

That's why they want to see Christianity disappear.  They are missing a key point: What makes them think the same things wouldn’t recur if Christianity ceased to exist?

Historically, every religion that gained a dominant position has tried to impose its teachings on the population.  On behalf of their chosen deity, they will murder opposition.  In the Bible, for example, Phineas is credited for being zealous for the Lord after killing a Jewish man and his non-Jewish female companion when Judaism banned intermarriage.

The canonical book of Ruth, in which heroic King David is identified as the product of intermarriage, was written to counter religious support of Phineas’ kind of lethal behavior.

In the Middle Ages, murderous European Christians happily killed pagans, Jews, Muslims and everyone else, including other Christians, who didn’t follow the dominant Roman Catholic faith.

In the Middle East, we’re watching the same effort to place people under religious control, this time by rampaging zealots under the umbrella term ISIS who are brutally massacring nonbelievers in their form of Islam.  The same thing is happening in Africa with Boko Haram.

Such groups are advocating a modern form of Nazism: the horrific belief that everyone else is dispensable simply because they don’t belong to the “elite” group.  Such an approach divides everyone into “us” and “they.”  Any nonbelievers face extermination.

As a result, ending Christianity then would accomplish nothing.  It would simply give an opening for extremists of any faith to march through.

Moreover, Christianity isn’t “wrong.”  No belief is.  It’s only wrong to nonbelievers.  And, the faith has engendered incredible acts of love and charity, such as Mother Teresa’s heroic efforts among the poor in India.  Religion makes such loving efforts possible.  All religions honor those who willingly sacrifice themselves on the behest of the downtrodden and needy.

Finally, religion has long served as societal glue, a philosophy that underpins human efforts to live together.  The late religious historian Dr. Jaroslav Pelikan pointed out that Western civilization would be nothing without Christianity.  That view is correct, and it’s also true of any culture.  Belief in gods empowered the Egyptian, Greek, Roman and other societies.

Religion provides meaning and context for an otherwise meaningless existence.  Nothing else in human thought carries that enormous weight.

Christianity still could disappear.  After all, who believes in Osiris anymore? Dionysus?  Zeus?  Christianity has no anchor or claim to immortality.  It has only existed for less than 2,000 years anyway, a merely fraction of human existence.  In a few years, however, the next generation of Facebook friends probably would be calling for the elimination of whatever faith replaced it.

Any belief may die out.  Religion is not going anywhere.