No One Actually Reads the Bible 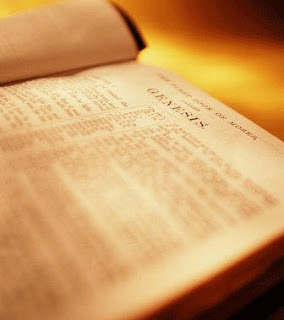 Every day, millions of people around the world pull out their Bible and open the religious book in hopes of finding some inspiration.  They thumb through the first 39 books, known as the Old Testament or the Jewish Bible, or through the New Testament, the remaining 27 books, looking for guidance, lessons or thoughts of their day.  They think they are reading the word of God.  They are wrong.  No one can actually read the Bible.

That seems illogical.  After all, people have picked up a book called the Bible and opened it for a long time.  After all, the document was compiled in the fourth century CE.

However, no one then or now is reading the original texts.  They are reading translations.  The original texts don’t exist anymore.  The material, that the words were written on did not survive the centuries: fragile papyrus, which are pressed reeds and do not last long; or on prepared animal skin, which dries and absorbs the ink. As a result, the texts were repeatedly copied with multiple, inadvertent mistakes added simply because humans were creating the copies.

Historian Paul Johnson estimated there are more than 100,000 changes in the New Testament alone, what he called “pious editing.”  For example, until the mid1800s, the Gospel of Mark contained a resurrection story, which turned out to be a late addition and was subsequently deleted after an older version of the text was found minus such a story.

Secondly, the texts are written in the ancient versions of Hebrew, Greek and Aramaic.  Those languages are not the same as their modern version.  They had no grammatical marks between sentences, no space between words, no vowels and were basically nothing more than a steady flow of letters.  As a result, it’s often impossible to know where one word stops and another begins.  That’s one reason there are so many translations that don’t agree with each other.

The third problem is the words themselves.  Even skilled translators can’t guess the meanings of many of them.  For example, in the 11th century, Rabbi Shlomo Yitzhaki, better known as Rashi, wrote a complete and justifiably famous translation of the first five books of the Bible.  His most common phrase is “Hebrew unintelligible.”  That was close to 1,000 years ago, and historians know less about the language today than Rashi did then.

In addition, many of the phrases are idioms, puns or colloquial.  They may have been familiar in their day, but not now.  For example, in the book of Jonah, the prophet was swallowed by a “large fish” because he did not want to preach to Jews in Nineveh, the capital of the hated Assyrian empire.  However, only in modern times did scholars learn that “swallowed by a large fish” means “reluctant to go somewhere.”

Basically, Jonah was briefly turned into fish food because a later transcriber didn’t know the meaning of the idiomatic phrase and created a scene in which Jonah actually was ingested by a large fish.  That is also true for hundreds of terms that can be translated today, but are not understood. 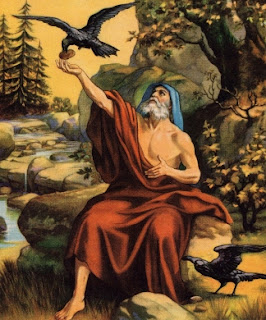 Also, all ancient languages like Hebrew, Aramaic and Greek contain relatively few words and regularly repeat them.  That means that even a good translation must choose a meaning from a limited number of words.  For example, in the book Kings, there’s a story about the prophet Elijah being fed by “ravens” or Arabs” while he hid from the king.  Both words are identical in Hebrew and are identified only by pronunciation.  However, since there are no vowels in Hebrew, no one knows how those words were pronounced.  Today, translators must pick whatever meaning they like.

In addition, there are very strange sentences.  For example, in Kings, the Bible says that “Saul was one year old when he began to rule.”  That clearly makes no sense, but that’s what is written.  No translator leaves it that way.

Also, there are gaps in the texts.  In English, the lacunas disappear, but not in the ancient texts.  Translators simply fill in words. 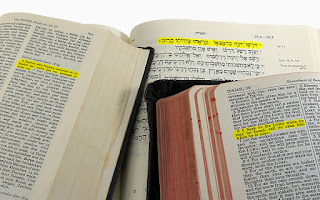 Moreover, there are multiple versions of almost every book in the Bible.  The Dead Sea Scrolls, discovered in 1947, contain 38 books of the Old Testament.  There are multiple versions of every book except the book of Esther, which was a later addition to the canon and was not found with the Scrolls.  So, even if historians could completely translate a text, they would not know which text was the correct one.

As a result, no matter how often the millions of people open a Bible and read what’s there, they really aren’t reading the Bible.  No one can.