When a friend, Don, died recently, I discovered something very unusual about him, something he had kept hidden throughout his life.  He was an atheist.  His daughter told me that secret.  She said Don thought all religion was “human superstition.”

That’s when I realized how brave he was.

It takes enormous courage to face death, believing that there is nothing beyond.   Yet, Don did so with humor and total lack of concern.  Limited to a wheelchair, he was wheeled to Christian services every Sunday and gamely sat through them, never saying a word.  He had a Bible in his room and never asked it be removed.

Instead, he kept his beliefs to himself.

How different he is from political candidates like Rick Santorum, who insists everyone believe as he does.  He has many people who agree with him -- that goodness, only a small number nationally are so fixated – and can be assured of applause whenever he invokes his faith.

Don had no such support group.  Atheists are a small, but growing number.  According to a 2009 study, 15 percent of Americans count themselves as atheists.  None of them will vote for Santorum.  Many, like Don, will keep their “religious” feelings secret.

One atheist willing to face the inevitable abuse is Richard Dawkins, an English evolutionary biologist who has encouraged atheists to stand up for their (non)beliefs.  His 2006 book, The God Delusion, has been translated into at least 31 languages.  He has the stature and boldness to reject withering criticism.

Not everyone is as strong.

In a 2009 NPR interview, Blair Scott, founder of the North Alabama Free Thought Association, talked about being harassed and discriminated against because of his atheistic beliefs.    He admires Dawkins, noting that Dawkins “talks about several places where it's okay to be an atheist. There are so many people out there that are just afraid to use the dreaded A word, you know, because they're afraid of the repercussions, and those repercussions are real.”

The followers of Santorum and others in his belief system see nothing wrong with attacking verbally and, sometimes, physically, people who believe differently.  For example, Santorum has been busily insulting President Barack Obama, a devout Southern Baptist, insisting that Obama isn’t a “true” believer.

He has "some phony theology. Not a theology based on the Bible.  A different theology," Santorum told a crowd in Ohio.

He’s been more acrimonious.  In a 2008 speech, Santorum decided the Devil was attacking the U.S. through Obama.   In it, Santorum claimed Satan had his sights set on America and the country was facing spiritual warfare.  Few candidates are privy to Old Scratch’s inner thoughts like Santorum, but the implication is that only he can stave off such evil.

Such assaults will get more virulent in time as believers like Santorum continue to see the foundations of their beliefs chipped away by science.  The damage has already been widespread. 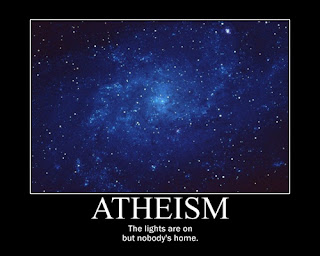 Once, the Earth was the center of the universe. Now, we know we are a lowly planet on the outskirts of a massive galaxy, one of billions of planets in one of billions of galaxies.  Once, the firmament overhead held the divine realm.  Now, we know that rockets pierce it without disturbing a single angel, and that the universe extends in all directions in seemingly without limit.

Once, goodly scholars could cite the Bible as historically correct.  Today, we know it represents the beliefs of the authors, not the reality of history. Once, believers could ask: “what is man and why is God mindful of him?”  That was before science showed that the Earth had a natural beginning and will die a natural death, regardless of its inhabitants.

Scientists have probed the inner mind, deciphered the genetic code, explained the origins of man within a natural system and, slowly and surely, undermined the belief in the supernatural, a belief that has sustained mankind for thousands of years.

Religion grew in a void of knowledge.  It has endured, but faces a challenge unlike any other.  Knowledge has always been religion’s bête noire.  The more knowledge, the more that religion falters.

To people like Santorum, the only solution is to defame those who seek another truth.  However large the roar is at the moment, it is fading, like the echo of the Big Bang that initiated the universe.  The evidence is as near as the television.

I recently saw a television program narrated by physicist Stephan Hawking, misshaped and confined to his wheelchair.  He courageously said that there is no god as he delineated the known information about the university.

That was the first honest and purely atheistic program I ever saw on TV.

It won’t be the last.

Don would have been proud.