The Bible Is Belief, Not History 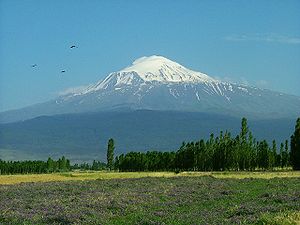 More than 38 years ago, former astronaut James Irwin began a search for Noah’s Ark by leading a small exhibition up Mount Ararat in Turkey.  That’s the mountain that believers in the Bible story about a great flood believe that Noah’s floating zoo came to rest on.

Irwin went back several times in a vain effort, undeterred by the fact that the Bible says the Ark stopped in the mountains of Ararat, an otherwise unknown country.  He didn’t care that the Mount Ararat he climbed laboriously was named for the Bible story only about 1,000 years ago or that Bible translations are notoriously difficult and inaccurate.
Nor were his companions or the folks with deep pockets who funded his efforts and have backed similar unsuccessful expeditions looking for the Garden of Eden (the Bible says a garden east of Eden, meaning east of a known city), the Ark of the Covenant (which disappears from the Bible after the destruction of the Temple late in the 6th century B.C.E.) or any other significant artifact cited in the sacred text.

Their earnest, ongoing and extremely fruitless ventures have only contradicted biblical accounts.  However, they remain hopeful, sure that the next moment, confirmation of biblical accounts will be lying before them.
Optimism hasn’t had time to fade because the search started a relatively short time ago.

For centuries, deterred by religious sanctions and public belief in the sanctity of the Bible, few scholars actually cared about proving the truth of the Bible.  It’s true that Emperor Constantine’s mother, Helen, journeyed to Jerusalem in the 4th century in an effort to pinpoint locales sacred to Christianity.  However, she used only “divine inspiration,” not any scientific method to “determine” where Jesus was crucified and so on.
Historians know today that her institution failed her. 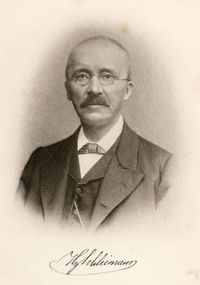 The next effort really didn’t take place until the mid-1800s.  Then, retired multimillionaire businessman Heinrich Schliemann, who morphed into an amateur archaeologist late in life, dug up the fabled city of Troy in what is now Turkey.  Prior to that, scholars thought the Iliad, the ancient Greek saga that recounts the fight between the Greeks and Trojans, was simply myth.  Instead, Schliemann proved there was a city, although the tales surrounding it were certainly exaggerated.

The German’s success encouraged others with a religious bent to begin to look for places and items mentioned in the Bible.  They were hoping to build a scientific dam that would hold back the rising flood of biblical criticism.  Led by German theologians, a budding school argued that much if not all of the New Testament was simply mythology.  Naturally, a lot of people were upset.  They figured that finding earlier, more authentic, documents would end the debate.

They set off in large numbers to spade through the Holy Land, uncovering ruins, libraries filled with stone tablets, various artifacts and much more.

They also discovered something very unsettling: nothing dug up despite the years of effort supported biblical accounts.

·         There was no invasion of Canaan by former Israeli slaves from Egypt, as described in the book of Joshua. 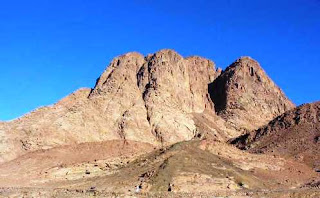 ·         No one lived in the Sinai Desert for 40 years; nor does Mt. Sinai (at left is what is supposed to be the sacred mountain) or does any mountain as described in the Bible exist there.

·         The census did not cause anyone to return to his or her hometown, despite the description in Luke.
Of course, there was no Ark on Mt. Ararat because there’s no evidence of a worldwide flood.  There was no Garden of Eden.  People like Abraham, Moses and other biblical patriarchs could have lived, but there’s no evidence of a particular person, only of life in the appropriate time period.  That’s true for Jesus and many of the figures in the New Testament.

Paul must have existed because several of his authentic letters were retained in the New Testament.  James did, too, although the religious leader who was stoned to death in 62 may not have been the person of the same name identified as Jesus’ brother.  King Herod and Pontius Pilate also existed, but may have had no connection to Jesus despite the biblical claims.  Their records contain no mention of Jesus.  Actually, no one during that time period mentions the Son of God in any extant text.

Undeterred, believers continue combing the past buried underground in hopes of locating the missing evidence.  Many are desperate to “prove” their faith is true.  Based on the findings to date, they can go up all the mountains they want, but they are doomed, as the Yalies sing, “from here to eternity,” to search in vain.