A Cup of Coffee for God

Do you want a cup of Starbucks coffee?

Personally, I don’t drink coffee – Starbucks or anyone else’s java – but it might be a good time to start, if for nothing else to see how God reacts.

He is supposedly concerned that Starbucks has supported Washington State’s decision to approve a bill permitting same-sex marriage.  At least, that’s what Steven Andrew, an evangelical pastor and president of the USA Christian Ministries in California, said.

The all-knowing pastor reported that "Christians are upset with Starbucks for turning against God ... Starbucks can follow Satan if they want to.  Are you on the Lord's side? Will you help the USA be blessed by God?"

The way to do that, he said, is to boycott Starbuck’s.

Maybe Pastor Andrew has had too much caffeine lately.  He might have noted that Washington is now the seventh state in this country to endorse same-sex marriage.  In addition, a California court just rejected a ban on same-sex marriages in that state.  God seems not to have noticed.  Meanwhile, Starbucks continues to post healthy revenues.  According to the 2011 annual report, Starbucks earned record annual revenues that year.  Operating income was up, costs fell, and earnings per share jumped.

Not only that, but at least 100 companies have also supported the Washington State bill, including such heavyweights as Google, Nike and Microsoft. No hint of an economic plunge in any of those companies either.

Maybe God is their customer.

Here are some other thoughts for the good pastor to sip on:

Gay people have been around since humanity began.  How is that possible?  They don’t have children.  That’s the most important aspect of being gay.  They avoid the opposite sex.  Nevertheless, somewhere from 8 to 11 percent of all children are gay.

That means they are born that way.  There’s no other choice.  It’s not like a sizable chunk of the population decided to choose a lifestyle that earns them only abuse and ridicule from people like the pastor and his minions.  Besides, scientists – another segment of the population despised by the conservative wing of the Christian faith – have already demonstrated factors in the brain that affect sexual choice.

Next question:  Where do children come from?  In Pastor Andrew’s belief, from God.  In that case, God must be sending down lots of gay babies.

Of course, Pastor Andrew and his coreligionists firmly believe every child has the right to live and are anti-abortion.  Or is that only for straight babies?  How can anyone tell?  Shouldn’t women having abortions be thanked since, on average, about one in about 10 fetuses that are aborted are gay?

Actually, Pastor Andrew isn’t doing anything unusual.  He’s evoking God to support his own views.  That’s a common trait of a lot of religious leaders who confuse their ideas with God’s.  Not having any logical arguments, they turn to God as their trump card.

That’s what happened around the time of Jesus, for example.  Jews desperate to end Roman rule decided God would have to act, since their puny arms didn’t have the ability to overcome Roman might.  God wasn’t much help then either – Jews lost three successive wars against the Romans, saw the Temple destroyed and Jerusalem razed, and they were banned from the city for centuries. 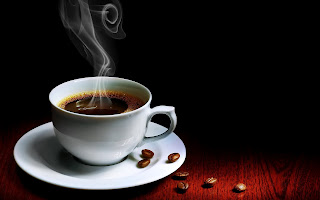 Nothing so drastic is likely to happen now.  God has many positive traits, but His best one is patience.  He patiently sat through something has horrible as the Holocaust.  He’s very like to watch meaningless humans huff and puff over a law that simply gives equal rights to a neglected segment of society.

Maybe He’ll ponder what to do over a cup of coffee.

Long- time religious historian and author Bill Lazarus regularly writes about religion and religious history.  He also speaks at various religious organizations throughout Florida.  You can reach him at www.williamplazarus.com.  His books are available on Amazon.com, Kindle, bookstores and via various publishers.

Christian pastor is asking customers to boycott Starbucks due to the company's support of a bill to legalize gay marriage in Washington state, King 5 News reports.
The call for the boycott was released Tuesday, a day prior to the bill's passage in Washington's State Senate Wednesday night, according to Reuters.
USA Ministries is also asking for Christians to stop serving the brand at their church facilities and events.
The Seattle-based coffee chain joined more than 100 other firms in backing the same-sex marriage bill.
Half Moon Bay Patch notes.
If the bill passes in the state house of representatives next week, Washington will become the seventh U.S. state to recognize same-sex unions.