Burning Sacred Books? So What? 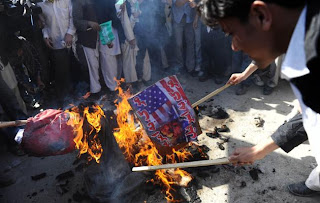 Somehow, in Afghanistan, several copies of the Quran, the sacred book of Islam, ended up in a trash heap this week and were burned in front of NATO headquarters there.  Gen. John Allen, the supreme commander of NATO troops, said the books were included in trash to be discarded and inadvertently given to troops to burn.

"It was not a decision that was made with respect to the faith of Islam. It was a mistake. It was an error. The moment we found out about it, we immediately stopped and we intervened,” he told reporters.

President Barack Obama has also apologized to the Afghans, well aware that Muslims believe the Quran is so holy that it can only be touched with freshly washed hands. 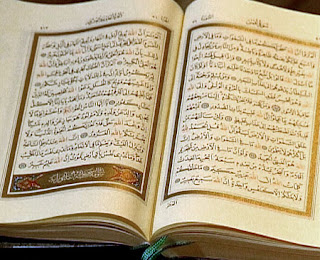 Despite the apologies, the Taliban – ever alert to any excuse to regain power – called on Afghanis to kill infidels who dared to burn the book in what Muslims call an act of intolerance and bigotry. Several NATO soldiers have already been killed by angry Muslims.  There have also been a handful of riots.

Burning the Bible would outrage some Christian leaders, too.  Jews would be furious if a Torah ended up in the flames.

Welcome to the world of paper gods.

The Quran is a book.  So is the Bible, the Bhagavad Gita of the Hindus, the Avista of the Zoroastrians and every other religious text.  They have no value except as books.  They are seen as sacred because they contain religious teachings.  That means they are only of value to someone who believes in the words.

That’s why Florida minister Terry Jones could threaten to burn the Quran.  Yes, it was a publicity stunt, but the book had no meaning to him.  Turning the Quran, Bible etc. into a holy object that cannot be in some way manhandled or destroyed is to raise it onto an altar as a god.

There are enough deities already, thank you.

Besides, where does one stop?  How about the printers’ plates used to produce religious texts?  The electronic images of the pages sent to the printer? Shouldn’t they be saved?  How about the machines that the books are printed on?  In linotype, book pages are put together letter by letter. Ever wonder what happened to the type that was used for that purpose?  It was melted down and recast.  God’s name and all.  Shouldn’t the metal pieces have been preserved?

Has any Muslim ever asked where are all the pieces of paper, leaves and linen used to record down the Prophet’s words?  In Muhammad’s day, around the 7th century, there were no stationary stores, no letterhead, no fancy paper with watermarks.  People wrote down their thoughts and stories on whatever was available: palm leaves, walls, whatever. 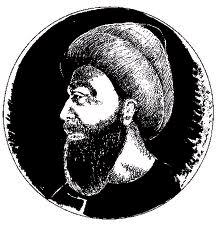 That material was collected some 30 years later in the reign of Caliph Uthman.  The text became standardized in the middle of the 7th century, but even Islamic scholars agree that not all of it may have originated with Muhammad.  Some may have been added or subtracted as times and conditions changed.

What happened to the original writings?  They were discarded, of course.  So were early texts of biblical books.  Historians would love to find an original Matthew or Mark, for example, but none exists.  The oldest New Testament dates from around the 3rd century with only rare fragments from earlier times. 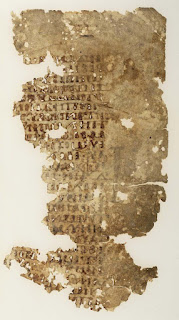 What happened to those early sacred texts?  They were discarded, maybe burned.  Once they wore out from use, they were copied (with the usual assortment of errors added) and then thrown away.  They were also written on vellum, parchment and papyrus, none of which can endure very long.  Parchment documents known as the Dead Sea Scrolls promptly disintegrated when exposed to the light. Texts written 2,000 years ago and not as well protected have hardly had a chance.

Jews developed the policy of not destroying the name of God.  They bury books and sacred items, such as prayer shawls, which may contain God’s name.  In a way, that’s a good thing: the long-lost writings of the famed Jewish philosopher Maimonides were recovered centuries later because they were hidden and not burned.  However, his books were kept in a house.  How long would they have lasted in the ground?  How long do any sacred objects buried today last?  Ask any archaeologist.  The stuff that survives is made of stone.  Almost nothing else endures.

The point is that books come and books go.  They are simply objects.  It's not polite to abuse sacred objects from other faiths, but that's not the point.  What matters is what the books say: the philosophy behind the faith.

The name Islam is derived from the Arabic word for peace, salaam.

It would be nice if parishioners practiced the philosophy they preach rather than get wrought up over a few books that lose all meaning if the ideas contained within them are ignored.


Bill Lazarus regularly writes about religion and religious history.  He also speaks at various religious organizations throughout Florida.  You can reach him at www.williamplazarus.com.  He is the author of the famed Unauthorized Biography of Nostradamus; The Last Testament of Simon Peter; The Gospel Truth: Where Did the Gospel Writers Get Their Information; Noel: The Lore and Tradition of Christmas Carols; and Dummies Guide to Comparative Religion.  His books are available on Amazon.com, Kindle, bookstores and via various publishers.