The Bible as "History" 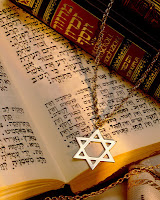 Millions read the Bible daily – or at least know it exists.  Many think it’s an accurate telling of true history.  Sorry, it’s not even close to factual.

Just look at a couple of well-researched topics.

Unfortunately, the history of Israel, exposed by archaeologists one spade full of dirt at a time, demonstrates that none of that is possible.

In that text, Joshua led the Jewish descendants of Egyptian slaves on a rampage through the ancient land of Canaan.  However, cultural markers throughout the region remain unchanged for centuries, meaning that new people did not conquer existing residences and impose their way of life.

Moreover, carbon 14 dating conclusively shows the cities supposedly destroyed by Joshua and his army were actually overcome across hundreds of years, and that some, like Ai, were already in ruins during the designated time period or flourished before and after the time when Joshua must have lived.  Ai, by the way, means "ruins."

What really happened?  The real Joshua was a man who helped lead the Jews from Babylonian captivity back to Israel in the 6th century BCE.  A famous ancestor was created to give Joshua a prominent antecedent.

How do historians know that?  Yes.  Historical dating reveals that the biblical account is inaccurate.  At the same time, the name Joshua appears nowhere until the 6th century BCE .when the Babylonian Joshua suddenly pops up.

Consider also the Tower of Babel,  a real temple in Babylon.  The story in the Bible was meant to denigrate it.  Why? The Babylonians advertised their temple as the Gateway to Heaven.  That wouldn’t work with the Jews, who called Jerusalem by the same name.   So, the great ziggurat in Babylon became a place of confusion.  Clearly, it didn’t lead anyone to heaven.


The unwrapping of the real history behind biblical accounts continues.  A variety of existing tools, which are improving regularly, is helping researchers divine what took place and when it happened.

Carbon 14.
This is a naturally occurring version of carbon, but has two extra protons.  All living creatures breathe both carbon 12 and carbon 14.  When something dies, it stops inhaling carbon.  However, carbon 12 is stable and remains in the bones. In contrast, carbon 14 starts to break down.  As a result, by testing the gas resulting from the deterioration of carbon 14, researchers can determine how much carbon 14 remains.  Since the breakdown occurs at a known rate, it’s fairly easy to determine how many years were necessary to accumulate the resulting gas.

Using this method on anything with carbon, which includes ash residue on burned rocks,  scholars have been able to date a wide array of events in ancient history within a plus or minus of 50 years.  However, it is accurate to only 50,000 or so years.

Fortunately, other chemicals take far longer to break down, allowing scholars to date rocks dating back billions of years.

Nevertheless, no scholars rely solely on carbon-14 to determine the age of anything due to minute fluctuations in the chemistry.
Events
Universal calendars are a modern invention, but certain events – such as eclipses – help scholars place people and events in time.  They can place eclipses, which occur on a set schedule.  So, if an eclipse affected a particular battle, then we know the exact date of that battle.  That leads to identifying reigns of kings and the timing of more events.  One known eclipse in the 8th century B.C.E. has helped create an entire calendar covering thousands of years.

Equally, correspondence between rulers or mentions of a known individual help historians place people and events in juxtaposition.

Archaeology
Much of the past is buried beneath us.  Since the 1800s, archaeologists have been digging it up.  Finds can be dated both through carbon 14 as well as through designs.  All cultures developed their own styles of ceramics, weaving, living areas and so on.  They are instantly identifiable, and help show migration patterns and areas of domination.

Texts
Ancient monarchs were happy to leave detailed accounts of their exploits on stone monuments, called stele.  They also created monuments, treaties and other documents , often on stone.  Once deciphered, they help historians place people and events in context with archaeological findings.

Beginning in the 6th century B.C.E., historians began leaving us detailed accounts of events. Many of those reports have endured either in pieces or completely.    They often create multiple sources to help us understand what happened, why and when.

Unfortunately, they are not typically unbiased or completely accurate.  Monarchs often recorded their “great” deeds by hiring scribes, guaranteeing a slanted account.  Others are influenced by religious beliefs or simply created to match current ideas, as with Joshua or the Tower of Babel.

That is why the second aspect of the research is so important: how can anyone know a report is accurate?  We can trust empirical findings, such as carbon 14.  Someone can blame the lab or say the sample was contaminated, but multiple tests with the same result reduce chances of a mistake.

On the other hand, all sources created by humans have to be examined carefully and compared to known facts to help garner an understanding of what happened.  Historical reconstructions are based on known facts, but suggest new ways of considering the evidence.  Later discoveries may back one of these suggestions and make it the accepted paradigm.

For example, scholars are still debating who wrote the Dead Sea Scrolls, the ancient documents found in 1947 in caves near the ruins of Qumran.   Some researchers insist that an ancient sect wrote them; others think they might be the Temple library moved there for safety, among other suggestions.   We may never know.


Nevertheless, the research to date has given us a surprisingly clear idea on what really happened almost any time in the past.   It is turned the Bible into more than an inspirational book: it may not be history, but it is a window toward understanding history.

You can enroll in his on-line class, Comparative Religion for Dummies, at http://www.udemy.com/comparative-religion-for-dummies/?promote=1
Posted by William P. Lazarus at 4:55 AM