The Roman Catholic Church is ready to bring German parishioners to their knees if they don’t pay a religious tax.  An agreement made between the church and state in the 1900s adds nearly nine percent to the income tax bill of Germany's Roman Catholics. The same tax applies to Protestants and Jews.

Lately, however, parishioners have decided not to pay.  In the last 20 years, the total of non-payers has hit 3 million.  In 2010 alone, 180,000 stopped anteing up.  The Church there has panicked.

Bishops announced that any Catholic who doesn’t pay the tax – which is valued at $5.2 billion annually -- can’t receive the sacrament, become godparents or work in church institutions.The bishops have no intention of stopping there.  They said in a letter to their estimated 25 million parishioners that Catholics who do not pay may be denied a church burial "unless you have shown remorse in some way before your death."

"Maybe you haven't considered the consequences of your decision and would like to reverse this step," the letter added while encouraging believer to seek out their priests for a clarifying chat.

The bludgeoning of followers raised a ruckus.  A group representing Catholics who stopped paying the tax argued they are still faithful Catholics, but are not happy with Church actions.  This was their way of protesting. 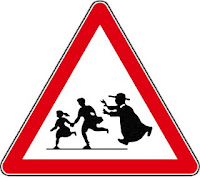 What could they possibly be unhappy with?  The child abuse scandal that has stretched worldwide and involved every level of the Church?  How about the Church’s unwillingness to acknowledge women or to give them any authority within the hierarchy?  Could they have been offended by archaic views on birth control in a time when overpopulation threatens human existence?

Maybe the choice is “all of above.”

It doesn’t matter.  The bishops have exposed the dirty underside of all religion.  Money matters more than faith.

The Roman Catholic Church, no less than the Lutheran Synod or the Southern Baptists, depends on financial support.  Every religion does.  God doesn’t have deep pockets.

Some religions try to avoid such financial concerns.  The Mormons are required to tithe.  Republican Presidential candidate Mitt Romney donates more to his church than he pays in taxes.  That’s not criticism; just an observation.

It’s easier that way.  Fork over the cash, and no one’s belief gets hurt.

Other religions have to rely on collections each Sunday and various other methods to get money.  For example, Jews don’t bring money into a synagogue, so there are no collections.  Instead, they pay annual dues.

Such an approach can leave a shortfall.  A friend told me of a time he had a crisis of faith and spoke to his rabbi.  Instead of counseling, my friend was reminded to pay his dues before leaving the synagogue.  “The light bill has to be paid,” the rabbi said.

Such an attitude helps explain why Judaism, like all older faiths, is watching membership dwindle.

The recent report that 20 percent of Americans no longer belong to any religious organization is further proof.

In parts of Europe, religion has virtually vanished.  The bishops’ heavy-handed solution isn’t likely to reverse that trend.

"The decree clarifies that one cannot partially leave the Church," the bishops claimed.

Want to put money on that?