Belief Cannot Be Confused with Fact


Recently, one of the most-prominent atheist bloggers on the internet, Leah Libresco, decided to convert to Catholicism.

Libresco, who wrote under the banner “Unequally Yoked: A geeky atheist picks fights with her Catholic boyfriend,” said her decision was based on “questions of morality and how one finds a moral compass.”
Actually, all she did was exchange one belief for another: a belief in no god to a belief in the Christian version.

That may help her sense of morality, but it won’t change reality.  It’s simply belief.

The biggest mistake religious people make is insisting that belief and truth are the same things.  They are wrong. Throughout history, belief has continually run into inconvenient truths – as Al Gore noted – and come up short.

For example, at one time, many people believed the Earth was flat.  The Flat Earth Society still exists and continues to promulgate that absurdity.  There’s a good reason the concept won’t die.

Paul Kruger, state president of South Africa, made that clear more than 100 years ago. He was a member in the 1890s.  While sailing on state business, he learned from the captain of the vessel that navigation depended on a round Earth.  Kruger promptly went into his cabin, retrieved his Bible and tossed it overboard.

“If the Earth isn’t flat, then this book is wrong,” he said.

It isn’t flat.  Ancient Greeks knew it.  They could see the round shape of the Earth during eclipses.  Christopher Columbus knew it, too.  Astronauts proved it by taking pictures of the Earth from space.

However, if it’s not flat, then belief must be wrong.  Some people won’t accept that.

That’s true with stories about Noah’s ark.  Geology has conclusively proved no worldwide flood as described in the Bible has ever occurred.  It couldn’t.  The water would have no place to go.  Yet, people continue to climb Mt. Ararat, the supposed landing spot of the ark, hoping to find a piece of gopher wood to prove the tale.  Their belief demands they chase a chimera. 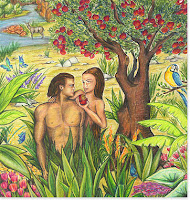 There was no Adam and Eve (right) either.  Geneticists have proven that humans evolved, just as Charles Darwin described about 160 years ago.  There never was a time when a modern person suddenly appeared.  There was no “creation,” no Garden of Eden.  As a result, there couldn’t be any Original Sin.  So, devout Christians deny evolution.

There’s not a shred of evidence for Heaven or Hell, which were invented to reward believers and punish believers.  Yet, surveys consistently show strong belief in such nonexistent places.

True believers deny the work of astrophysicists, who have demonstrated how the universe developed.  They reject studies based on research that shows clearly how galaxies, stars and planets continually appear.    Believers have no choice.  Otherwise, there’s no need for God, and their belief systems will be shattered. 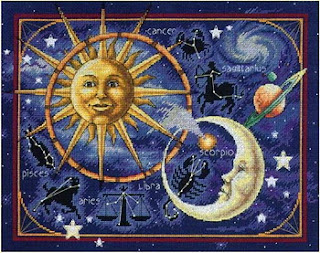 The process works the same way outside religion. Some people still believe that humans live in a central core of the Earth even though flights over the North and South poles clearly show only ice.  They won’t accept that humans built the pyramids and insist on throwing aliens into the equation.  They insist that bumps on the head have some correlation to personality or intelligence despite contrary evidence.  They refuse to concede that stars don’t dictate human behavior and so pay millions to astrologers.  They deny global warming, which has been conclusively proven.

One friend recently accused me of being closed minded because I refused to accept his cockeyed theory that wealthy families are dictating political decisions – which I reject simply because wealthy families are not monolithic and have opinions spread the political spectrum.  However, his understanding of how the world functions apparently is based on this very shaky base, and he can’t imagine another scenario.

Some of that limitation is built into us.  Scans have demonstrated that brains faithfully encode desirable information while fail to absorb contrary news. That physiological quirk results in strong beliefs.

Even an atheist like Leah Libresco can’t overcome that.  At least she conjured a rationalization for discarding one belief system for another, although I disagree with her logic.  Personally, I think atheists are the most moral people I know because they don’t have a threat of hell hanging over them to live ethical lives, but I don’t begrudge Libresco’s effort to make her own life better anyway she can.

However, her seemingly seismic shift has nothing to do with belief.

Belief may move mountains, but it can’t dent a single proven fact.

Long-time religious historian Bill Lazarus regularly writes about religion and religious history.  He also speaks at various religious organizations throughout Florida.  You can reach him at www.williamplazarus.com.  He is the author of the famed Unauthorized Biography of Nostradamus; The Last Testament of Simon Peter; The Gospel Truth: Where Did the Gospel Writers Get Their Information; Noel: The Lore and Tradition of Christmas Carols; and Dummies Guide to Comparative Religion.  His books are available on Amazon.com, Kindle, bookstores and via various publishers.  You can also follow him on Twitter.