The Limitations of History 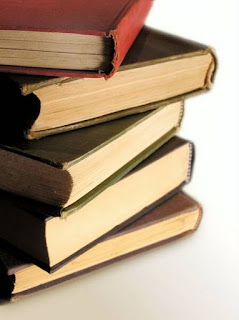 Every time I read a history book, I learn something new.  At the moment, for example, I’m reading about the beginnings of the modern world.  The author, Stephen Greenblatt, spent part of his enjoyable book explaining why monks carefully copied ancient manuscripts.

Most of us know that any documents that survived from ancient times were copied.  They had to be: avaricious insects, fragile materials, watery inks and the like guarantee that texts written on papyrus and animal skins would eventually disappear if not carefully protected.  Most weren’t.  Even the first Dead Sea Scrolls, hidden away in air-tight containers for some 2,000 years, crumbled to dust after being exposed to air.  As such, the rest had to be unveiled inside special rooms to ensure their survival.

Greenblatt, however, asked a question about the monks and their copying that most of us probably never considered: why did they copy anything?  It’s understandable that monks would copy the Bible and religious texts, but why did they devote so many years laboring in terrible conditions to preserve ancient Greek and Roman pagan documents? 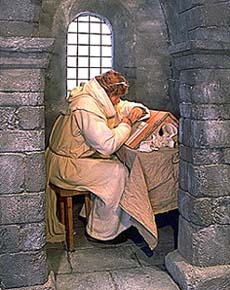 That’s when I learned something new: the monks had to.  Founders of monastic orders insisted that their followers devote part of their day to reading.  It was mandatory, right along with prayer and manual labor.  Without libraries – familiar in the Roman era, but demolished by Christians – the monks had no choice but to continually copy any manuscripts they could find.   That’s also why such material was still around when 1400s scholars – convinced their era was corrupt and wanted to locate information from “better” time periods -- began to search monasteries for samples of ancient writing.

To me, such arcane facts make history so fascinating.  It’s also what frustrates casual readers.  They prefer history in small, clear blocks.  Sort of the Walter Cronkite signoff: “And that's the way it is”   … followed by the date.

But that’s never the way it is or was.

History of one event gives only a snapshot of a time period.  There are multiple nuances no longer visible to us, such as the culture, personality, outside influences and the like.  No history can capture the complete essence of life in a different era or even the then-current ideas that greatly affected people living then, but which are forgotten now.

We see such limitations all the time.  For example, a reader wrote to tell me about the 1979 burning of the U.S. embassy in Libya by Islamic radicals.  He said he was there, and that there was no fire.  He said the embassy never closed.  However, there are multiple stories about the fire by reputable news agencies and a picture or two on the internet.

Was there a fire?  I believe the writer.  I know him; he’s quite honest.  However, it’s obvious something happened. Reuters, UPI and other news agencies didn’t conspire to report a non-event.  Maybe there were two fires.  Maybe the fire was so small at first, when my friend was there, and then got bigger.

I don’t know.  I just know that history doesn’t have the answer.  It’s just a collection of facts.  It’s the responsibility of the historian to put those facts together in a coherent package.  Unfortunately, facts aren’t neat, like jigsaw puzzle pieces.  They can fit in multiple places, creating multiple and equally plausible pictures.

That’s also why politicians can make conflicting claims over the same byte of information, such as in the ongoing Republican presidential debates.  The same would be true for any political party.  Each candidate is trying to create the image matching his beliefs.  The facts haven’t changed; how they are combined has.

The process works for religion as well.  Take the case of Jesus: he must have existed, although the information about his life is extremely limited and filled with mythology.  The few facts were easily reorganized to generate multiple scenarios, some of which ended up in what are now sacred texts.

Those documents may be right; they may be wrong.  Regardless, we need additional information.

That’s why continuing to learn remains so paramount.  All historians like Greenblatt can do is present the information as they understand it.  We are responsible to add that knowledge to an expanding storehouse until we can see a wider panorama of events.

That’s how we all learn more about what “really” happened, although, in truth, we never can come close to the real truth.

“For now we see through a glass darkly; but then face to face: now I know in part; but then shall I know even as also I am known,” as Paul wrote in 1 Corinthians.  He was referring to when he got to Heaven.  For us, we’ll have to rely on what little knowledge we can glean on Earth.

Bill Lazarus regularly writes about religion and religious history.  He also speaks at various religious organizations throughout Florida.  You can reach him at www.williamplazarus.com.  His books are available on Amazon.com, Kindle, bookstores and via various publishers.