For no apparent reason, friends on Facebook are deriding evolution again.  I find it comical, mainly because the idea of God is a theory with no proof.  They accept that theory and deny evolution, which has accumulated more than 140 years of testing and study.

Opponents to evolution, of course, insist that there’s no evidence to support the theory.  That’s ridiculous. As famed Brown University biologist, noted: "Evolution makes testable predictions."  For example, “when it comes to chromosomes, the prediction of evolution is that if we have 46 chromosomes and our closest cousins have 48, then  somewhere in our genome should be a chromosome formed by a recent fusion, and that chromosome should have telomere DNA, and it should have two centromeres. That is a prediction made by evolution, and bingo, you look and there it is."

That’s just one in the chain of proofs that support evolution.  Here are a few more. 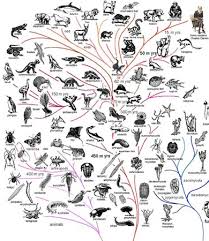 All lifeforms on Earth, whether a plant or an animal, can share DNA.  That’s why our DNA is loaded with DNA from viruses and other sources.  That supports the evolutionary argument that everything evolved from one life form.

If evolution were wrong, such exchange of DNA would be impossible.

In the same vein, humans have about 96 percent of the same genes as chimpanzees, 90 percent of cat genes and 75 percent of mice.  We didn’t arise from these animals, but all animals arose from the same source and diverged.  The differences in our genomes match when the separations took place in historical time.

The parallels continue in uteri where all animals have gill slits, tails, and specific anatomical structures involving the spine during development.  In humans, the gill slits in fetuses become bones
of the ear and jaw before birth.  However, all embryos resemble each other, something only possible if all animals came from the same original creature.

Another proof comes from fossils.  While fossils are relatively rare, they consistently demonstrate how life moved from simple to complex on an evolutionary ladder.  That is a hallmark of evolution.

A simple examination of human fossils will
demonstrate that, even to the untrained eye.

Other evidence is right in front of anyone every day in the form of bacteria.  Anyone getting treated for a disease quickly learns that the disease has become immune to one treatment.  Doctors are continually trying to keep up.  The reason why the drugs stop working is that bacteria, as with all life, evolve defenses.

A few bacteria among millions are immune to the treatment because of the random nature of evolution.  Those that aren’t die out, leaving those that survive to multiply.

The same thing happens in the visible world, where a particularly valuable change allows one species to prosper while its less-endowed relatives become extinct.  As a result, over 95 percent of all creatures are extinct.

That fact is what caught Charles Darwin’s attention in the Galapagos Island where one type of finch had mutated to fill various niches.  He realized then that a process of natural selection had eliminated some birds while helping others survive.

It is definitely not true that biologists doubt evolution.  Most of the Nobel Prizes given in recent years are based on research derived from evolution.  Thousands of articles have been written in various aspects of the theory.

In contrast, research studies based on creationism are nonexistent.  Researchers began searching for any articles on that topic starting in the mid-1990s through 2014 and failed to uncover a single scientific study.  Editors of Nature, Science and other leading journals report receiving only a handful of submissions, which only attack evolution without providing any scientific evidence in support of their beliefs.

Evolutionists and creationists actually agree on one point. Evolution has too many variables to be 100 percent provable; that’s why it’s a theory.  On the other hand, no valid scientific research has ever disputed evolution.  The research has just demonstrated how complex the subject is.

None of this, of course, was known to the authors of the Bible or any religious book.  In fact, no religion has a single mention of evolution.  After all, the technology to prove it was not available centuries ago.  Who knew bacteria existed until the invention of the microscope? 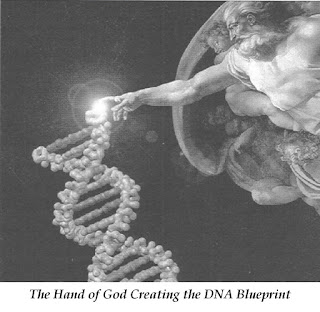 As a result, religion has focused on a single creator, a God, who formed the heavens and earth.

That still may be true, but there’s no question that evolution has changed those creations.

There is one consoling thought for doubters: since they believe God created everything, why couldn’t He have created evolution?