Deadly Illusions Ahead of Debate 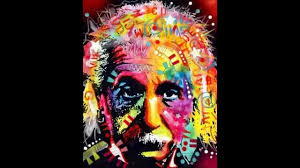 An editor from Rodale Press recently called me to help prepare religion-related material for the Men’s Health magazine the company produces.  I was happy to comply, since that’s my avocation.  I even envisioned making some money in the process.  After all, the editor was asking me to contribute my expertise to a publication sold by a large and well-known company.

I also silently hoped that the company with its huge built-in audience might consider publishing some of my books.  I could imagine the possible sales.

However, when I asked about a budget for my contribution, the editor said there wasn’t any.  In fact, she apologized for calling.  All of my beautiful illusions disappeared in a second.  There wouldn’t be any publishing or even more work.

I wasn’t surprised.  I love illusions, but know too well the fabric they are made of.   The ability to create illusions is something we all share, easily erecting wonderful images with the fortitude of tissue paper.

In the writing business, we all think the next book, the next whatever we write, will turn into the big break that will ensure our success.  It does happen: think of Stephen King and J.R. Rowling.  They finally broke through.  Maybe we’ll win the lottery this week. Someone eventually wins after all.   Maybe a talent scout will see think of me as a movie star.  It happened to Lana Turner. Of course, Hollywood thrives on illusions.  So does religion.

Those kinds of illusions keep all of us going.  They don’t hurt anyone, except for the inevitable disappointment that follows a cold shower of reality. As a reader wrote, complaining that I was wrong to spread scientific research that showed prayer accomplishes nothing:  “People need their illusions,” she said.

She’s right, of course, but not completely. Illusions were not created equal.  Holding on to some illusions promises disaster.

Consider the ongoing battles worldwide with religious fanatics.  They are under the illusion that their deity endorses their murderous efforts, including the Palestine child burned to death in the occupied West Bank by Jewish attackers, or the innocents butchered by ISIS Muslim terrorists.  That illusion has led to the deaths of millions over the centuries with millions more certain to follow.

It’s also an illusion to pretend the world isn’t real.  Tell that to the hapless child of parents who believe prayer somehow will cure an illness easily remedied by modern medicine.  Nor is Climate Change isn’t going away because foolish governors like Rick Scott and Scott Walker demand scientists in their states don’t discuss it.

Miami is still being flooded by rising waters.  The residents there are confront the reality of Climate Change every day.  So are the folks battling drought and horrific fires in California, or residents in Asia confronting a typhoon topping 220 mph.

It was an illusion that the Iraqis had weapons of mass destruction or would welcome democracy.  They weren’t fond of Saddam, but they definitely didn’t want to hand their country to Americans. The Vietnamese didn’t either.  Thousands have died from that self-serving illusion with more in the firing line.  It’s a total illusion that the American form of democracy works everywhere.  Saudi Arabia doesn’t want our system of government either, and they are supposedly our ally.  Or is that another illusion?

It’s an illusion that any presidential candidate in the Republican Party debate tonight actually believes any of the rhetoric or can expect anything he wants to actually occur.  As president, Mike Huckabee can use all the troops he wants to try to stop abortions, but even when abortions were illegal, more than 1 million were performed annually.  Women who want to end pregnancies aren’t going to be stymied by some soldiers.

Donald Trump’s claim he’ll bring back manufacturing jobs is another illusion.  Automation has erased those positions worldwide, not immigrant laborers.  Mexico won’t pay for a border wall, even if Trump insists he’ll make Mexico do it.

It’s an illusion that a president has that kind of authority.

Those kinds of illusions radiate through campaigns, clouding the real issues and the plausible solutions.

Go ahead and create illusions.  They can be fun.  If prayer makes you feel better and helps healing, pray away, regardless of any scientific studies, but, please pray that people stop falling for dangerous illusions that only bode further disasters down the road.