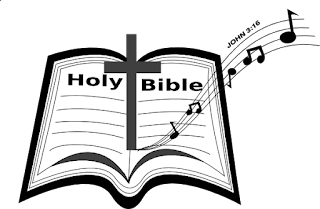 Music has been part of religious traditions since probably the first person looked up at the sky and conjured up the idea of a deity.  Musical notes are in the Bible, particularly in Psalms, which are meant to be sung.  Christmas carols reflect that tradition as well.  So does music in the Islamic world where, daily, muezzins call the faithful to prayer with a ritual chant.

These days, however, singing in public is creating an entirely different response.  Religious extremists are threatening to kill anyone appearing in the various versions of American Idol now being produced in countries worldwide.

For example, in Saudi Arabia, religious scholars called the local show, titled Star Academy, “an affront to Islam.”  The country follows a strict form of Islam, so such a response is hardly a surprise.  Nor in Afghanistan, home of the Taliban, where a woman finished third on Afghan Star and immediately received death threats along with her prize.  She hurried off to safety in Pakistan, another Muslim country, while a woman who finished eighth had to go into hiding because she sang without a headscarf.

We're not surprised by the reaction in those countries.  But, how about in India, where Islamic extremist in a Hindu country said they would “show no mercy” to any contestant on the Indian Idol television show? Or in Israel, a Jewish country that is more secular than religious, where an Orthodox teenager was suspended from her school for two weeks after appearing on The Voice there?

There’s nothing even logical in such responses.  In the first place, Islam has no laws regarding a woman singing in public or not.  The religion has no blasphemy laws to enforce.  There’s no mention of the topic in the Koran.

Judaism does recognize blasphemy, but only within a narrow context: saying God’s name in public.  That was reserved for the High Priest in the days of the Temple.  Once the Temple was destroyed, taking the position of High Priest with it, the concept vanished from the ancient faith.

The truth is such attacks have nothing to do with religion.  They are part of the continued effort by patriarchal leaders to maintain strict control of women.  “It’s the intersection of religion and patriarchy, and not so much a religious mindset as a cultural, patriarchal mindset,” agreed Harleen Singh, chair of the South Asian Studies program at Brandeis University in Boston.

“Whether a woman succeeds or not on Indian Idol, she is given a moment of fame and a public voice.  That is what threatens the fundamentalists – a particular kind of public culture that gives women a voice.”

Who knew a talent show would serve as a cultural statement?

The participants certainly didn’t think so.  Ofir Ben Sheetrit, the Israeli teenager, told reporter Lauren Markoe that “I think the Torah wants us to be happy.  It wants music to make people happy. I think you can combine Torah and music, and this is why I chose to come on the show.”

All she did was outrage fundamentalists.  At least they didn’t threaten to kill her.

None of this should be surprising to any American who knows our history.  The United States has seen something of this kind of thinking before.  The strict Calvinists who fled England to settle the state of Massachusetts also drew the line at entertainment.  In England, conservative Anglicans under Oliver Cromwell shut down the theater there.  Dance was forbidden, too.
Given half a chance, the Religious Right in this country would censor our music and films without a moment’s hesitation.  They did some of that in the 1900s, where the Post Office was roped into censuring books, such as Ulysses by James Joyce.  Movies had to be cleared by the Hays Commission, which ordered the removable of “objectionable”  language, scenes and even endings.

Today’s ratings on films is a residue of that extremism.

Even today, Christian fundamentalist in this country, hell bent on imposing their fabricated controls, have tried to impose restrictions on teaching science, altered reports on such topics as Climate Change, attacked authors whose works they disagreed with and, generally, attempted to do the same thing that Muslim fundamentalists have done more successfully in their countries.

They are not about to change their tune anytime soon. Fundamentalists worldwide in all monotheistic faiths see nothing wrong in trying to control the thoughts and cultural activities of everyone else.


The proper response to that kind of rigid thinking?   Sing.