Sure enough, as the fall elections grow closer, Facebook friends have resurrected the idea of abolishing the electoral college.  For some, it is associated with racism.  Others are thinking of the 2016 election when Hillary Clinton garnered more votes but lost the election.  The rest just thinks it’s outmoded and no longer necessary in the 21st century.

All of that shows little knowledge of why it exists in the first place.

The country’s founders faced a dilemma:  smaller states were afraid of being crushed by the larger states.  They worked out two solutions that satisfied the smaller states.

First, they created a bicameral Congress.  Membership in the House of Representatives is based on population.  So bigger states have more delegates.   In contrast, the other house, the Senate, contains two members for each state.  That way, a state as tiny as Rhode Island is just as important as giants like New York or California.

The other decision involved the Electoral College, which is peopled based membership in Congress but, because any candidate needs more than half of the electoral votes, gives weight to the smaller states.  At the same time, the College served as a safety net in case a candidate wins and then dies before assuming office or is determined to be unfit to assume the presidency.

The men creating our country conceived of independent electors confirming the results of a national election, an approach requiring candidates to appeal to all voters and strengthening the country’s political system..

There was no racism in their decision.  It was elitism since only males who owned property then could vote.  Black residents who fell into that category could vote, too.

Few electors have ever deviated from the choice of the voters, even as the number of voters expanded to include all adult citizens.

As of 2020,  165 electors have chosen not to vote for their party’s choice.  The largest number occurred in 1872 when Democrat Horace Greeley, who lost to incumbent Ulysses S. Grant, died shortly after the election.  The electors sworn to Greeley mostly opted to vote for Grant.

In 1836, Virginia electors declined to vote for Kentucky’s Richard Johnson, winning Democrat Martin Van Buren’s choice for vice president.  Johnson openly lived with a mixed-race slave named Julia Chinn, which alienated the racist Virginians.  He was then elected by a party-line vote in the Senate in accordance to the 12th Constitutional amendment.

In 2016, two electors refused to vote for Trump; five for Clinton.

Other maverick electors have cast meaningless votes for losing third-party candidates, but only when the election results were not in doubt.

To reduce chances of that happening, 32 states at this writing have laws banning electors from changing their votes.  All are party loyalists, chosen on the state level, so the likelihood they will ignore their pledges to support their party’s candidate is small.  “Faithless” electors don’t face any legal penalties anyway, just loss of status within a political party.

The process does ignore total votes.  To date, five of the 45 men to hold the presidency got into the White House with a minority of the total votes: John Quincy Adams, Rutherford B. Hayes, Benjamin Harrison, George W. Bush and Trump

However, other presidents were elected despite not garnering the majority of votes in races involving multiple candidates.  Abraham Lincoln received 1.85 million votes in the 1860 election.  He wasn’t even on the ballot in 11 Southern states.  The other three candidates won more than 2.3 million votes.

The difference came in the electoral college.

Eliminating the electoral college would mean that a candidate could win the four biggest states – California, New York, Texas and Florida – by enough votes and virtually sew up the election regardless of how the rest of the country votes.  As of this year, California contains 15.6 million registered voters;  Texas, 11.5 million; New York, 8.5 million; and Florida 9.4 million. Throw in Pennsylvania with 6.4 million voters and Ohio with 6 million, and there are almost as many votes as Trump received.

Why would candidates care about other states? 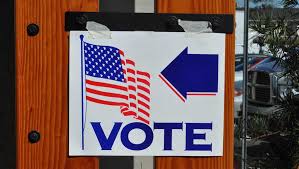 The repercussions would be widespread, affecting choice of candidates.  Why would a party choose a candidate from Iowa or Nevada, which have meager electoral votes, instead from a state that must be carried?  What about the issues affecting residents of a fishing state like Maine or Rhode Island, with meager populations, compared to Indiana or Michigan, which have totally different concerns and a lot more voters?

Eliminating the electoral college would let the popular vote decide the winner, but it would also bring about the exact situation and the tremendous problems that the Founding Fathers were trying to avoid.  Nothing has changed in more than 220 years.

Long-time religious historian Bill Lazarus regularly writes about religion and religious history with an occasional foray into American culture.  He holds an ABD in American Studies from Case Western Reserve University.   He also speaks at various religious organizations throughout Florida.  You can reach him at wplazarus@aol.com. He is the author of the recently published novels Revelation! (Southern Owl Press) and The Great Seer Nostradamus Tells All (Bold Venture Press) as well as a variety of nonfiction books, including The Gospel Truth: Where Did the Gospel Writers Get Their Information and Comparative Religion for Dummies.  His books are available on Amazon.com, Kindle, bookstores and via various publishers.  He can also be followed on Twitter.