Birth of a New Religion? 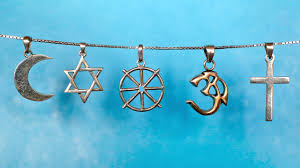 I’ve been thinking about starting a religion.  I realize this is nothing particularly new or even exciting.  People start religions all the time.   In the last 200 or so years, new religions have been popping up regularly like acne on a teenager.

Here are just a few:  Jehovah Witnesses, Seventh Day Adventists, Mormons, Baha’i’, Christian Science, Rev. Moon’s Unification Church, Scientology and many more.   We know about them because they have survived.  Many others did not.  The Shakers come to mind in that category.  My wife’s grandfather also started his own small, liberal Christian group.  It died with him.

If I’m going to start a religion, I’d like it to endure.  To accomplish that, I have spent a lot of time studying the survivors to figure out what they had that other religions did not.  I examined not only the newer versions, but such long-lived religions as Judaism, Christianity, Islam, Buddhism, Hinduism, Shinto and more.

The first thing I noted is that they share very little in common.  Shinto, for example, is simply ancestor worship.  Buddhism has no god; Hinduism has thousands.   Judaism has no heaven or hell; Islam and Christianity happily consign each other’s followers to their own hells.

To me, that was the easiest requirement:  I can be as inconsistent as anyone. 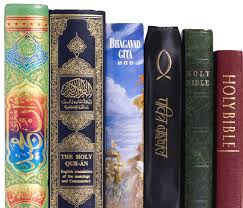 Holy texts.  They all have writings of some kind that are accepted as somehow divine.  I think I write well.  I imagine I could come up with a book and claim that some great power dictated it to me. That's what Joseph Smith did, and it worked for him.

Rituals.  All religions have some sort of rites that must be followed by adherents.  This helps set them apart.  Unitarians light a candle prior to a service, for example.  Catholics have sacraments.  I’m not sure what mine will be, but it won’t be onerous.  I’m not fond of ritualistic requirements.  Maybe everyone in my faith should know a secret greeting.  We still use the secret greeting of the followers of Mithra although the religion died centuries ago: a handshake.

Some kind of belief.  It doesn’t have to be logical – in fact, illogical is a strong selling point with religion.  After all, how can anyone prove the existence of heaven or hell? Or that every Mormon will be king of his/her own planet.  Or that virgins await every heroic Muslim?   Or that Hindus are reborn to work off karma?  No one knows if any of that is true, which makes it perfect for religion.  I believe in taking cruises.  I think that’s something everyone can embrace.

Obligations.  Every religion has something: no fish on Friday; fast on the Day of Atonement; no alcohol; walk around a sacred stone seven times; rest on the Sabbath; and so on.  I’m reminded of Woody Allen in one of his movies in which a revolutionary takes over an impoverished Hispanic nation and requires everyone to wear underwear on the outside.  I wouldn’t go that far, but I can imagine something easy to do, but distinctive.  Just as requiring all members of my faith to eat artichokes at least once a week.  I really like artichokes.

Clergy.  Someone has to teach the faith and serve as a spiritual guide.  Otherwise, how would anyone get married in the faith?  In Catholicism, the priests are given special powers, but that’s not true in most other faiths.  I like awarding powers.  My clergy can fly.  No one can see that, of course.  They fly during secret, arcane ceremonies that only they can attend. Ordination will involve a complex series of chores, like cleaning my house.,

Promises.  This may be the biggest thing.  Every religion promises something.  In many, a believer will live forever in unity with a deity.  The bigger, the more impossible the promise, the better.  This is one thing I know I can do, in spades.  I can promise anything to anyone.  In my religion, I promise that every member will enjoy all the food and money they need in the afterlife.  Gamblers will always win; athletes will play forever.  Teachers will have docile, eager students, and so on.  It will be just like heaven,. But without the halos and other rigmarole.

The successful religions are all built on existing beliefs, sort of adding new scaffolding to an existing building.  Or, in religious terminology: old wine in new wineskin.  This may be the hardest.  I really don’t want to tie into messianic faiths.  I don’t accept that idea and certainly don’t want that role for myself.  Messianic figures tend to get really badly hurt.  I also don’t want to link up with deity-based faiths like Judaism, Christianity and Islam.  They only want to fight each other to “prove” their divine support.  I’m a pacifist.

There are a lot of unusual religions to join.  For example, my religion could build on the Church of Euthanasia.  Its motto, “Save the planet; kill yourself,” says it all.  But, it’s a bit drastic for my taste.   So is Raelism, founded by a man named Rael (surprise!), who insists that extraterrestrial beings created human life.  This idea is absurd enough to become really successful in the future, but I don’t like anything completely refutable by DNA and science.

The Church of Maradona, named for a famed Argentinean soccer star who apparently invested heavily in drugs and desperately needs a weight-loss program.  While hero worship is commonplace, I tend to shy away.  It can be a very tricky business.  Who wants to hnor Bill Cosby these days, for example?

Happy Science argues that in 2050 the Angel Gabriel will be reincarnated in Bangkok, Thailand and that, 50 years later, angry gods will sink the U.S.  That’s a good way for a religion to grow: predict something beyond the lifespan of most people.  And I do like Thailand.  Nevertheless, I don’t want to associate with a religion with such a dire future for my American descendants.

The Church of All Worlds is based on a fictional religion created by a science fiction writer.  That’s similar to Scientology, but this one’s only sin is hypocrisy.  Apparently, followers are unaware that hypocrisy is a prime requisite for a successful faith.  I don’t hold out much hope this will survive.

In Taiwan, in 1993, Chen Tao started a religion based on the idea of founder Hon-ming Chen that, in 1998, God would appear on a television station.  Chen offered to be crucified when that didn’t happen.  His followers declined to follow through; some are still waiting for the cameo.  Since 1998 isn’t likely to come around again, I think I’ll pass on this one.
Actually, I couldn’t find any faith my new religion could merge with that wasn’t already absurd, illogical and beyond plausible belief.  I’ll keep looking.  Maybe I should focus on creating a religion based on something no seems to have considered yet:  one that makes sense.

Long-time religious historian Bill Lazarus regularly writes about religion and religious history with an occasional foray into American culture.  He holds an ABD in American Studies from Case Western Reserve University.   He also speaks at various religious organizations throughout Florida.  You can reach him at wplazarus@aol.com. He is the author of more than 18 books, including comic novels like The Great Seer Nostradamus Tells All as well as a variety of nonfiction books, including Comparative Religion for Dummies.  His books are available on Amazon.com, Kindle, bookstores and via various publishers, including Bold Venture and Southern Owl.  He can also be followed on Twitter.