Recently, Facebook friends spent an afternoon decrying American Muslim desire to follow Sharia law, the rules and regulations derived from the Muslim holy book, the Koran, and later interpretations. In doing so, they proved only two things: they don’t know a thing about world history, and they are hypocrites.

1. Belief in Allah, prophets and requirements.
2. Morality, such as humility and patience.
3. Devotion, including the pilgrimage to Mecca and tithing.
4. Business and family law.
5. Punishment.

If that sounds familiar, it should.  The Bible covers the same ground.  Many of the laws are similar and equally fierce.  For example, the sharia requires death for anyone who leaves the faith.  So does the Bible, who orders death for anyone worshiping another god except Yahweh. 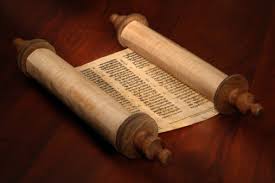 Also, according to the Bible, death is warranted if you curse your father or mother (Lev: 20:9) or let loose some blasphemy (Lev: 24:14). Among the long list of laws that the Bible lovingly prescribes capital punishment for include: for adultery and for a woman who is found not to have been a virgin on the night of her wedding night.

Naturally, not all sharia or biblical laws are the same.  Sharia law definitely is anti-women, especially in areas of sex and divorce.  That’s ironic since Prophet Muhammad was very liberal toward women for his day, a natural result of having only daughters.

Today, sharia is followed in a few countries, such as Saudi Arabia, Egypt, Mauritania, Sudan, Afghanistan, Iran, Iraq, the Maldives, Pakistan, Qatar, Yemen, as well as parts of Indonesia, Malaysia, Nigeria, and the United Arab Emirates.  Other Islamic countries follow portions of the law.

I can’t think of a single country that follows biblical law.  That doesn’t mean people haven’t tried to impose it in the past or in our time.

The same people bleating about Muslim preference for sharia law regularly try to force obedience to Bible-based laws.  They cite biblical prohibitions against homosexuality as grounds to discriminate, just as in the 1800s, southern leaders used the Bible as grounds to support slavery. They demand placement of the 10 Commandments in courts.  And so on.

There’s no question to them the biblical laws should be obeyed, according to the New Testament.  As Jesus is quoted as saying, “Do not think that I have come to abolish the Law or the Prophets; I have not come to abolish them but to fulfill them.  I tell you the truth, until heaven and earth disappear, not the smallest letter, not the least stroke or a pen, will by any means disappear from the Law until everything is accomplished.”  (Matthew 5:17-18)

In fact, that requirement has fired much of Christian history as Church prelates spent their lives trying to impose laws on western civilization.  People were burned and massacred to uphold the biblical laws, as interpreted by the religious leaders.  Every part of daily life, from birth to death, was completely circumscribed by religious laws. That control wasn’t broken until the 1500s in the aftermath of the Protestant Revolution.  However, Protestants weren’t any more lenient when it came to obeying religious laws.

The fight between kings and popes regarding which set of laws to follow – religious or civil – continued for centuries, leading to the martyrdom of Thomas Becket and uprisings against papal authorities.  Eventually, civil law took precedent, but the battle is hardly over. Look at the fight today over punishment for priests who abused children.  The Church still wants to apply its own sanctions and avoid civil courts.
Christians aren’t the only hypocrites who decry Muslim efforts to create laws dictating every human interaction.  Jews do the same thing. Orthodox Jews still obey laws that straitjacket behavior and activities, and want everyone else to kowtow to “God’s” requirements.

In fact, virtually every religion has extensive laws in an attempt to limit apostasy and increase control.

That’s another reason why religion must never be allowed to infiltrate the civic arena.  You are welcome to follow any law you want in the privacy of your home.  You can publicly call for the imposition of religious law, but the Constitution thankfully prohibits that from happening.