Help to Find a Publisher 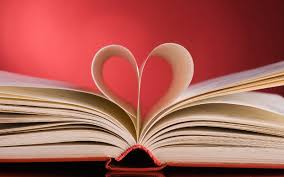 I've decided to harness the power of the internet and am asking readers of this blog for some assistance.

Several years ago, I began writing a faith-based novel.  Now, I need to find a publisher.  The book, Revelation, follows Publius Scipio Longus, a decadent Roman aristocrat who finds true faith through the book of Revelation.  As you know from the blog, I'm a religious historian, so the account is accurate for the time and place.

In the book, Longus has to seek safety after his slave disrupts the coronation of the new emperor, Nerva.  He finds refuge with Christians hiding in the catacombs, but is enslaved and sent to a Roman silver mine in Spain.  There, he befriends a Christian slave who has found solace in Revelation.  Freed, Longus finds himself going back to Rome with Christians arrested for their beliefs.  They face death in the Colosseum if they don’t recant their beliefs.  Longus must choose between his own safety and joining them in martyrdom.

Revelation has been professionally edited and runs about 84,000 words.

I have always been interested in how and why people discover faith.  I chose a time period, around the end of the first century, when Christianity was gaining momentum and separating from Judaism.  The pagan faiths were fading, and Romans were turning increasingly to divination and astrology.

I've had a variety of fiction and nonfiction books published in the past, including Comparative Religion for Dummies (Wiley Press), Noel: The Lore and Tradition of Christmas Carols (Halifax Press) and a comic murder-mystery, Adventures in Bonding (Bold Venture Press.) I am also a former newspaper reporter and magazine editor who has taught writing at various colleges and universities while ghostwriting for clients worldwide via an agent in New York.

This is the first time I’ve written a novel with such religious content.  I thought a publisher focused on that audience might be a better choice, but do not know any.

You can write me at wplazarus@aol.com or add a comment to this blog.

Thanks for any help.
Posted by William P. Lazarus at 12:39 PM