Casting Out the Real Devil


On Christmas I was watching a television show on Jesus with my brother-in-law.  It was explaining how Jesus cast out devils that lodged inside all sorts of people.  The narrator said that Jesus would ask the devil to reveal its name and then order him to leave.  After a few minutes of such hogwash, I asked Michael to change the channel.

He wanted to know why I objected since the biblical text is loaded with devil-tossing episodes. He’s right.  They include:

And He healed many who were ill with various diseases, and cast out many demons; and He was not permitting the demons to speak, because they knew who He was. (Mark 1:34)

Now the woman was a Gentile, of the Syrophoenician race. And she kept asking Him to cast the demon out of her daughter. (Mark 7:26)

And He went into their synagogues throughout all Galilee, preaching and casting out the demons. (Mark 1:39)

When evening came, they brought to Him many who were demon-possessed; and He cast out the spirits with a word, and healed all who were ill. (Matt: 8:16)

And He was casting out a demon, and it was mute; when the demon had gone out, the mute man spoke; and the crowds were amazed.  (Luke 11:14)

The Gospels were written close to 2000 years ago.  Mark is dated from about 70; then Matthew and Luke around 85; and John sometime close to 95, although it could be later than that.  As a result, none of those writers knew a thing about psychiatry.  They had no concept of chemical imbalances or how the brain functions.  They didn’t understand allergies or reactions to food, schizophrenia, psychophrenia, hallucinations or any of the others real conditions now identified and treated by modern science.

All they knew was that people sometimes acted strange.  To them, the cause was the devil or members of his satanic clan.  Everyone one else in that region had similar ideas.  So, that’s what they wrote about.  That was more than a millennium after Egyptians were conducting brain surgery.  In the Middle Ages, based on the absurd biblical accounts, Western surgeons were still (fatally) opening skulls to let "devils" out while Arab doctors were applying poultices.

Maybe Jesus was able to help these people, as described, but he didn’t do it by “casting” out a nonexistent entity that was supposedly was harming an innocent victim. No sane person today could plausibly claim that some internal demon created a problem.  The lone attempt to do that, in a Connecticut murder case, failed completely.

The late comedian Flip Wilson turned the phrase “the devil made me do it” into a comic catchphrase, a fate it deserves.

The concept doesn’t even coincide with the beliefs of those who kneel before the Gospel and believe it to have been dictated by God.   They also believe in free will. How can anyone have free will when a devil is supposedly holding the reins?

As a result, as I told my brother in law, I was appalled any television show would attempt to pawn off the casting out of devils as plausible. Michael obligingly changed the channel.

Since these biblical accounts are obviously inaccurate, what is someone who reads them supposed to think?  Maybe the devil-casting tales are metaphors.  Other biblical stories are now treated that way since they cannot be accurate. 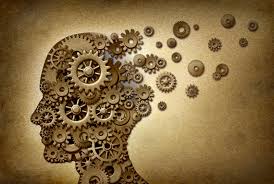 However, anyone insisting that the multiple devil outings were simply metaphors would expose a real weakness in believing the texts were dictated by God.  If one story, told straight forward without a hint of symbolism, is a metaphor, maybe the other so-called “miracles” are, too.  Maybe they are just tales designed to teach us a lesson.  If that’s the case, then, the authors are simply using Jesus as a tool for instruction, not some image of the divine.

To evade such a disaster, believers insisting on the rectitude of the Bible are forced to swear by a devilish idea long discredited.  For good measure, they then have to disregard all the scientific research in such fields as geology, astronomy, anthropology, archaeology and the like that undermine biblical accounts. In fact, they are obligated to live in complete ignorance.

That’s one devil that really needs to be cast out.