Good heavens! How many gods are there?  One? Two? Three? More?

In Illinois, a political science professor at Wheaton College has been suspended for her belief there is only one supreme deity.  Dr. Larycia Hawkins, who is a Christian, noted that the complaint "has primarily centered on (her) claim that Christians and Muslims worship the same God.”

What a dreadful thought.  How can anyone claim that two monotheistic religions have the same God?  Oh, no, they have separate gods because, after all, both Islam and Christianity believe in one god.  However, if they each have separate gods, there must be two deities.  Then there’s the Jewish God, Yahweh, who must be different. Throw in Satan, who has been elevated in Christianity to god-like level, and the supernatural regions are getting crowded.  Let's not forget all the Hindu gods either, but who's counting?

By the way, Hawkins has high-level support in her claim of deity solidarity.  Pope Francis, who heads the largest and oldest Christian faith, noted in a recent speech that “Jesus Christ, Jehovah, Allah. These are all names employed to describe an entity that is distinctly the same across the world. For centuries, blood has been needlessly shed because of the desire to segregate our faiths. This, however, should be the very concept which unites us as people, as nations, and as a world bound by faith. Together, we can bring about an unprecedented age of peace.  All we need to achieve such a state is respect each others' beliefs, for we are all children of God, regardless of the name we choose to address Him by… No longer shall we slaughter our neighbors over differences in reference to their God.”

In a December meeting in the Vatican with Muslim leaders, the pontiff also kissed a copy of the Koran following a lengthy Muslim prayer session.  Despite pious objections by Christian clerics in other sects, God was clearly silent on the matter.

Of course, “real” Christians have been more outspoken.  That’s particularly true at Wheaton College, a private American four-year Evangelical Protestant Christian liberal arts college founded in 1860 by abolitionists.  As a side note, many of the slaves Wheaton founders wanted to free were Muslims.

A statement from the school stated, “Wheaton College faculty and staff make a commitment to accept and model our institution’s faith foundations with integrity, compassion and theological clarity. As they participate in various causes, it is essential that faculty and staff engage in and speak about public issues in ways that faithfully represent the College’s evangelical Statement of Faith.”

That statement was written in 1924 by a former college president and says, in part, “We believe in one sovereign God, eternally existing in three persons: the everlasting Father, His only begotten Son, Jesus Christ our Lord, and the Holy Spirit, the giver of life; and we believe that God created the Heavens and the earth out of nothing by His spoken word, and for His own glory.  We believe that God has revealed Himself and His truth in the created order, in the Scriptures, and supremely in Jesus Christ; and that the Scriptures of the Old and New Testaments are verbally inspired by God and inerrant in the original writing, so that they are fully trustworthy and of supreme and final authority in all they say.”

Apparently, there’s no room for Allah in there.

However, such adamant insistence fades away in the face of history.  Islam was founded by Muhammad, who died in 632 C.E.   Once a simple herdsman who lived in Mecca, he often talked with Jewish and Christian travelers who visited his hometown.  When they spoke of their God, they used  the generic Arabic word for God, “Allah.”

The Prophet was aware that among multiple gods worshiped in Mecca was one named Allah.  He naturally assumed that was the deity that Jews and Christians recognized.  He then initiated a monotheistic faith based on the same divine personage.

Jews nor Christians in that day had no problem thinking Allah was just another name for the same God, because it was.

Sure, methods of worship in the three largest monotheistic religions are different; the religious buildings are different as are the sacred books.  However, it’s the same God, regardless of the name.  Christians simply believe that that God manifested himself in human form under the name Jesus.  Muslims and Jews do not.  But, Christians also believe in God the Father; that’s the same God that Jews and Muslims accept as their supreme deity.

That’s not good enough for Wheaton, which is hardly alone in its misconception given the current murderous efforts of terrorists.  “While Islam and Christianity are both monotheistic, we believe there are fundamental differences between the two faiths, including what they teach about God’s revelation to humanity, the nature of God, the path to salvation, and the life of prayer,” the College statement said.

The administrators then almost comically added, “We will be in dialogue with our faculty, staff and students in the days ahead to ensure that we articulate our love for our Muslim neighbors in ways that are consistent with our distinctive theological convictions.”

Translation: we’re going to tell them they are not believers and so, by our beliefs, are condemned to our invented Hell. 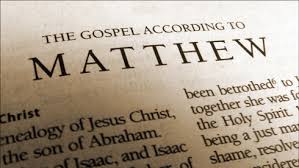 Maybe it’s time to remind Wheaton and others so caught up on such small-minded theological nitpicking of something Jesus taught: “Judge not, that ye be not judged. For with what judgment ye judge, ye shall be judged: and with what measure ye mete, it shall be measured to you again. And why beholdest thou the mote that is in thy brother's eye, but considerest not the beam that is in thine own eye?”4 (Matt: 1-3)

Then, too, there’s this from the Epistle of James: "You believe that there is one God; you do well." (2:19)
That’s all Pope Francis and Dr. Hawkins have been saying and demonstrating with their words and actions. Too bad, they are largely isolated in their open-minded approach to apparently multiple deities.

Long-time religious historian Bill Lazarus regularly writes about religion and religious history.  He is the author of Dummies Guide to Comparative Religion, which compares Christianity, Judaism and Islam. He also speaks at various religious organizations throughout Florida.  You can reach him at www.williamplazarus.com.  Other books he has written include  The Unauthorized Biography of Nostradamus; The Last Testament of Simon Peter; The Gospel Truth: Where Did the Gospel Writers Get Their Information; Noel: The Lore and Tradition of Christmas Carols.  His books are available on Amazon.com, Kindle, bookstores and via various publishers.  He can also be followed on Twitter.