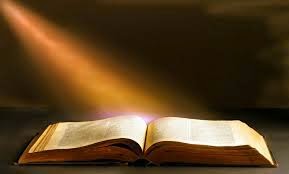 Questions about the accuracy of the Bible never seem to go away.  For example, recently, several folks on Facebook have posted what they insist are proofs of the Biblical stories of Noah’s Ark and of Sodom, a city described in the book of Genesis of being destroyed by God.

In both cases, the pictures of an Ark and the supposed ruins of Sodom were included along with the claim that media has deliberately ignored the discoveries.

That last statement can be dismissed easily.  All anyone has to do is look on the internet to find multiple stories about anything that has been uncovered by archaeologists, paleontologists, anthropologists and other researchers. Even the discovery of some ancient gold coins in the water off Israel garnered wide coverage as well as the grave of an unknown woman next to that of Richard III in England. If an archaeologist actually dug up Noah’s Ark, the news would be heralded as broadly as possible.

Of course, it’s always easier to claim a conspiracy than to admit nothing actually happened.

However, for the sake of argument, let’s say that a wooden boat was found and that the ruins really are of Sodom.  Would that prove the accuracy of the Bible?

No.  As valid historians and archaeologists know too well, the finding of a boat only proves that a human built a boat at some time in history.  The wood of the boat can be dated.  However, unless cargo was left on board, what the boat carried can only be surmised.  There’s nothing to indicate that a deity ordered the boat built, that it carried animals or that anything else in the biblical account is connected to this particular boat.

How about the ruins at Sodom?  Again, all they show is that someone built some buildings.  Stone is harder to date, but if any carbon is found attached, then the structures can be dated.  If not, their design helps associate the structures with a particular culture and gives some clues as to their date.

However, there’s no “Welcome to Sodom” sign.  Ancient cities often have been misidentified, and their assigned name is usually the product of consensus among historians rather than clear, identifiable fact.  Still, even if this is really Sodom, there’s nothing to indicate that any deity destroyed this community following the mistreatment of a guest at a resident’s house, as the Bible claims.

All the ruins would prove is that a city named Sodom existed. Everything else is conjecture, acceptable only to biblical literalists.  In fact, they are so eager to find supporting evidence for the faith that they’ll even manufacture it.  The manipulated pictures of the so-called “ark” are prime examples of that.

Their desperate need for “proof” arises from various sources, including the swelling tide of Americans moving away from traditional religions.  More than 22 percent of all Americans at last count indicate they do not identify with any faith.  At the same time, use of religious facilities for traditional ceremonies has declined precipitously.

As a result, fundamentalists are on the wrong side of history.  That would make anyone frantic.

Religious people are also inhibited by genetics, much as they hate that idea.  We are all born with innate trust of adults.  We have to have that; otherwise, we would not survive because humans take longer to reach maturity than any other animal.  Chimps, our closest relative, need five to eight years.  I doubt few parents believe an 8-year-old boy is capable of living and thriving on his own.

As a result, we trust.  The length of that trust depends on the individual.  Some people begin to question religious fairy tales at a very early age.  Some never do.

Besides, it’s easier to embrace an illusion of heaven and a universal deity than to accept reality.  As the late famed astronomer Carl Sagan noted: "Who are we?  We find that we live on an insignificant planet of a humdrum star in a galaxy tucked away in some forgotten corner of a universe in which there are far more galaxies than people."

To him, however, "it is far better to grasp the universe as really it is than to persist in delusion, however satisfying and reassuring."


Not everyone can make that leap.  Instead, they excitedly point at anything and exaggerate its connection to a book they revere.  Insisting that some ancient artifact somehow “proves” writings written by people who lacked the wide knowledge we have today is to doom oneself to self-imposed Dark Ages.

Noted English biologist and atheist Richard Dawkins put it this way: “Faith is the great cop-out, the great excuse to evade the need to think and evaluate evidence.”  He continued, “Religious fanatics want people to switch off their own minds, ignore the evidence, and blindly follow a holy book based upon private ‘revelation.’”

That doesn’t mean we should ignore the Bible.  “The Bible should be taught, but emphatically not as reality. It is fiction, myth, poetry, anything but reality,” Dawkins said.

The evidence of that surrounds us.