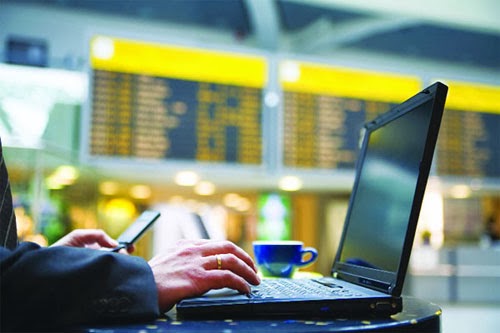 The internet can add another notch to its gun.  The electronic monster has undermined newspapers by providing instant access to information worldwide.  It has undercut the Post Office with email and other forms of communication.  It has destroyed personal relations through Facebook.  People text and twit; they don’t talk face-to-face as much anymore.

The internet is in the process of closing libraries, since books, magazines and other publications are increasing on-line.  Public publishing is on its last legs since anyone can publish anything with a couple buttons.

Religion is the latest to take a body blow.

A colleague and I recently discussed the impact of the internet on religion.  He asked how his church was going to attract young people when the pews are filled with senior citizens.  The answer is: the church can’t.

Young people have long been disaffected by religion.  That’s particularly true for young adults.  Multiple studies show that people 18 to 25 commonly spurn religion as they try to find their place in society.  However, in the past, they eventually returned to faith.

A recent Pew Research poll on Religion and Public life reported the following:

Americans ages 18 to 29 are considerably less religious than older Americans. Fewer young adults belong to any particular faith than older people do today. They also are less likely to be affiliated than their parents’ and grandparents’ generations were when they were young. Fully one-in-four members of the Millennial generation – so called because they were born after 1980 and began to come of age around the year 2000 – are unaffiliated with any particular faith.

Indeed, Millennials are significantly more unaffiliated than members of Generation X were at a comparable point in their life cycle (20 percent in the late 1990s) and twice as unaffiliated as Baby Boomers were as young adults (13 percent in the late 1970s). Young adults also attend religious services less often than older Americans today. And compared with their elders today, fewer young people say that religion is very important in their lives.

Young adults have not completely shunned religion.  They still believe in heaven and hell at the same rate as earlier generations, for example.

Nevertheless, the generational gap in religious beliefs is huge.  That’s the internet at work.

In the past, we all grew up in somewhat isolated communities.  We were brought up on our parents’ belief.  That’s all we knew.  Our community had people of multiple beliefs, of course, but we attended the same church as our parents and knew the same people.  We were sure in that belief even as we challenged it as teenagers.  That’s why most of us went back to the faith of our parents when we settled down with our families.

That’s not reality today.  We live in a global community.  Our children can easily access and learn about other beliefs.  Claims every religion has of certainty and uniqueness disappear in the welter of contrasting ideas.

Christianity can no longer insist that belief in Jesus is the only route to heaven when the internet reveals multiple good people who belong to other faiths.  In fact, more people aren’t Christian than are.  And, most of them seem to be doing just fine. As for heaven, that's an idea also under attack.

Islam has the same problem.  That’s why many Islamic governments are trying to crackdown on dissidents who may undermine Islamic teachings. That’s also why the Islamic world stopped producing science leaders.  At one time, the Arabic world lead the way to knowledge, but that ended close to 900 years ago when religious leaders discovered that science was contradicting belief.

The Catholic Church tried to impose the same restrictions, but didn’t have the same control after the rise of Protestant dissidents.  The result was that the West became the bastion of scientific knowledge, while the Middle East remains hamstrung by religious restrictions.

Many of my Islam students are finding themselves confronted by modern research and having to make difficult choices about their beliefs.  Many have chosen simply to ignore hard-earned knowledge, such as all the evidence for evolution, to sidestep conflicts.

That won’t end the tug of war between technology and religion.  After all, the internet isn’t going away.  Every day, anyone can read the latest findings about space, human evolution and other aspects of life that have eviscerated religious teaching.  The Roman Catholic Church has given up the ghost, accepting the Big Bang Theory and the Theory of Evolution, neither of which require a deity and both of which directly contradict age-old religious teachings.

Other religions will not be far behind.

The end result will be a small cadre of devoted, growing grayer each year, and a world of younger people who no longer accept the old teachings and are basing their understanding of the world on a new, electronic god.