An Italian scientist who has repeatedly embarrassed himself by trying to prove the Shroud of Turn is the authentic image of the dead Jesus is at it again.  Facts be damned.

Giulio Fanti, a professor of mechanical and thermal measurement at the University of Padua in Italy, insists earlier tests were tainted.  His, of course, are not.

How did the image appear?  According to Fanti, radiation from Jesus’ body created the image on the cloth.

Really?  How did this happen some 1850 years before electricity was harnessed?

By Fanti’s own measurements and in his words:  “a voltage of dozens of millions of volts would have been necessary; or, leaving the scientific field, a phenomenon connected with the resurrection.”

Dozens of millions of volts? Not an exact amount, but let’s work with it.

A flashlight typically uses 1.5 volts. Automobiles use 12 volt-batteries.  Consumer power lines use up to 240 volts.  It takes 2000 volts to execute a prisoner in an electric chair. A new stun gun supposedly generates 6.8 million volts, although 1 million is enough to evaporate anyone hit with it.  A Tesla coil produces 1 million volts.

In fact, most everything for miles around the Shroud would have been evaporated by the power surge if anything remotely close to millions of volts actually showed up.  After all, only the sun produces that many volts.

Electricity can be measured other ways, such as in watts and megahertz.  None of them come close to the millions of volts needed to put an image on a piece of cloth that wasn’t found until the 1300s.  There had to be a better way to capture Jesus’ likeness.

Was God limited in available media?  What was wrong with vellum, which is animal skin?  The Dead Sea Scrolls, which are authentically at least 2200 years old and written largely on vellum, endured into modern times. Vellum was common then; so was parchment and papyrus.  God needed cloth?

Nevertheless, Fanti’s claim – appearing in a book published just before Easter to boost sales -- got worldwide attention.  Why would anyone listen to such nonsense?  Because people want to believe. 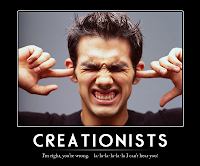 The faithful continue to fight back the forces of reason and science by promoting such ridiculous theories.  It’s comforting to think their belief may have some basis in facts.  After all, it has to be very disconcerting to see that archaeology, astronomy, physics, history and every other research field have combined to undermine the most cherished ideas in religion.

The faithful counter with false science, such as Creationism, and straight out forgeries.

For example, one of my students, offended by learning that no records of Jesus’ death appear in any historians’ writings in that time period, showed me the death certificate of Jesus, which he said was published in the 1800s.  It was also manufactured by a French industry which arose then to counter the increasingly detailed and well-researched evidence that the stories about Jesus were generated by people desperate to find some answer to explain Jesus’ death.

If he was God’s son, then the sky must have opened, portends must have swarmed about, angels must have appeared.  No matter that none of that was seen or reported by anyone throughout the 1st century when Jesus must have lived and died.  It must have; therefore, it did.

No matter that Carbon 14 testing proved that the Shroud of Turin comes from the 1300s. either.  Or that the artists who created the Shroud's is known.

In 1389, Bishop Pierre d’Arcis produced a report for Pope Clement VII and noted that a church official at Lirey had, “falsely and deceitfully, being consumed with the passion of avarice, and not from any motive of devotion but only of gain, procured for his church a certain cloth cunningly painted, upon which by a clever sleight of hand was depicted the twofold image of one man, that is to say, the back and the front, he falsely declaring and pretending that this was the actual shroud in which our Savior Jesus Christ was enfolded in the tomb, . . .”

Nevertheless, Church officials still held out hope until tests were conducted on fibers drawn from the Shroud   Tests done on the Shroud in the 1980s then were completed extraordinarily carefully.  Three different laboratories in Arizona, Oxford, England and Zurich, Switzerland tested swathes taken “away from areas that were either charred or patched”  under direct observation of representatives of the Church. In this controlled test, samples not from the Shroud were also used.  The labs didn’t know which ones they were given.

Not that “scientists” like Fanti and millions of fervent believers would accept that.  No, they prefer to hypothesize millions of volts of electricity being needed to produce something any medieval artist could have done with a paintbrush.